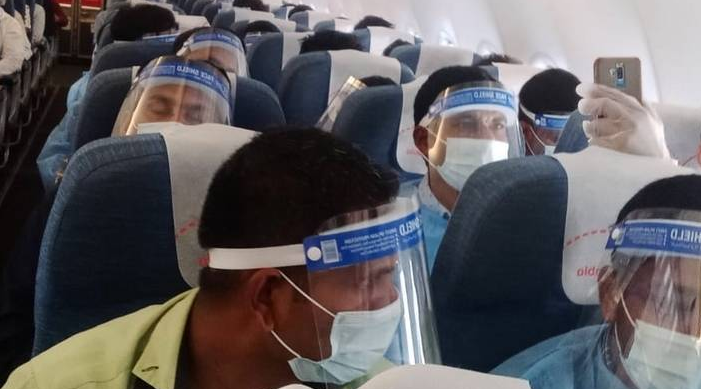 The Indian consulate and the governments of India, UAE, and Maharashtra have been assisting in the effort

The Covid-19 pandemic has brought more than a fair share of heartbreak for millions of people across the world. There are, however, numerous instances of individuals and groups stepping in to help, in whatever way they can.

One such story is that of a US-based Indian who has come forward to arrange the repatriation of Maharashtrians based in the United Arab Emirates (UAE).

"We managed to help 168 people via first Air Arabia chartered flight from Sharjah to Pune on June 20. We are also expecting more flights soon - Mumbai on July 1 and Pune on July 5. I have received a request from 650 people to fly back, so far," a report in Khaleej Times quoted Karande as saying.

The Indian consulate and the governments of India, UAE, and Maharashtra have been assisting in the effort, along with Air Arabia and airport authorities at Sharjah and Pune.

The arrangements at both the Sharjah and Pune airports were well-organised, Karande said, according to the report.

India has been operating repatriation flights from around the world under the Vande Bharat Mission that has seen three phases since May 1. The fourth phase of the mission will commence from July 3. Chartered flights have been allowed to operate from May 26 onwards.