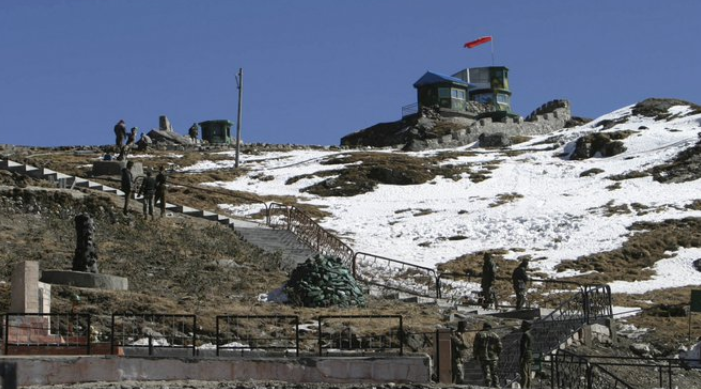 As per various media reports, the Chinese army has deployed a large number of soldiers, equipment in the Depsang plains

In a strong worded statement the External Affairs Ministry on Thursday accused China of repeated incursions into Indian territory in “complete disregard of mutually agreed norms”.

Media reports suggest, Chinese PLA troops crossed into Depsang plains also, while they are again repositioning themselves in the Galwan Valley, the site of the June 15 deadly face-off between Indian and Chinese soldiers in which 20 Indian troops, including a colonel rank official had lost their lives.

Chinese troops’ activity in the Depsang plains is seen as another attempt by China to shift the LAC further west towards the disputed boundary. Precisely around 30 km south-east from Daulat Beg Oldie which is India’s highly strategic air base, located at a height of nearly 17,000 feet in Ladakh and just 9 km northwest of Aksai Chin, the erstwhile part of Jammu and Kashmir that was captured by China in the 1950s.

As per media reports, the Chinese army has deployed a large number of soldiers, equipment in the Depsang plains.

Reacting to such developments, MEA spokesperson Anurag Srivastava said, “Continuation of the current situation would only vitiate the atmosphere for the development of relationship between the two countries.”

He also said that “the Chinese side has been amassing a large contingent of troops and armaments along the LAC since early May. This is not in accordance with the provisions of our various bilateral agreements, especially the key 1993 Agreement,” MEA spokesperson Anurag Srivastava said.

He admitted that there have been occasional departures in the past. But this year, “the conduct of Chinese forces has been in complete disregard of all mutually agreed norms,” the MEA spokesperson said.

On June 22, Corps commanders of the two countries held telephonic talks where they apparently worked out an outline for dis-engagement. On June 24, at the 15th meeting of the Working Mechanism for Consultation and Coordination on India-China Border Affairs (WMCC), the Indian side led by Joint Secretary (East Asia), endorsed the agreement reached by the 14 Corps commander Lieutenant General Harinder Singh and South Xinjiang Military Region’s Major General Liu Lin.

Despite such high level talks, China has not shown any sign of disengagement rather satellite images show the presence of Chinese troops in strength on the LAC. In response, India has also decided to increase its strength along 3,488-km of LAC.