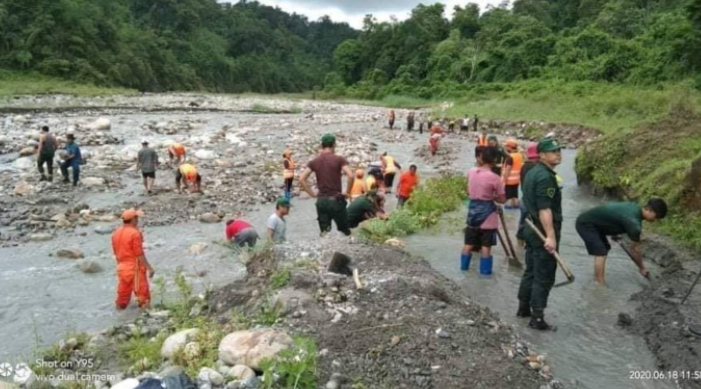 In the wake of several mainstream media reports and unstopped circulation of unverified information in the social media that Bhutan has stopped water supply to Assam for irrigation, Bhutan’s Foreign Ministry on Friday issued a detailed clarification, saying, “news articles are totally baseless.”

It also said that “there is no reason why the flow of water should be stopped at this time.”

Dailies like Times of India and news agencies like IANS in their news reports published on June 26 said after China, Pakistan and Nepal, now Bhutan has also started hassling India. “Thimphu has stopped releasing channel water for irrigation along its border with India near Assam, affecting thousands of farmers in 25 villages of the region, IANS said.

Terming such reports as baseless, Bhutan’s Foreign Ministry said, “It is a deliberate attempt by vested interests to spread misinformation and cause misunderstanding between the friendly people of Bhutan and Assam.”

Times of India in its write up maintained that as part of its efforts to fight the Covid-19 pandemic, Bhutan has banned the entry of foreigners, including Indian farmers who used to cross over to divert sections of river in Bhutan into channels that irrigate farmers.

Responding to this allegation, the Foreign Ministry of Bhutan said, “ Since the lockdown in India and closer of Bhutan’s borders due to the Covid-19 pandemic, the Assamese farmers are unable to enter Bhutan to maintain the irrigation channels as was done in the past. However, understanding the difficulty that would be faced by farmers in Assam, the Samdrup Jongkhar district officials and the general public have taken the initiative to repair the irrigation channels whenever there are problems to ensure the smooth flow of water to Assam.”

Giving more details the Himalayan country’s Foreign Ministry said, “Baksa and Udalguri districts in Assam have been benefiting from the water sources in Bhutan for many decades and they continue to do so even during the present difficult times when we faced with the Covid-19 pandemic.”

Assam Chief Secretary Kumar Sanjay Krishna too in his tweet refuted media reports over stoppage of water to Assam. Putting the record straight, he said, “Recent media reports about Bhutan blocking water supply to India has been incorrectly reported. The actual reason being the natural blockage of informal irrigation channels into Indian fields.” The Assam Chief Secretary further added, “Bhutan has been actually helping to clear the blockage.” 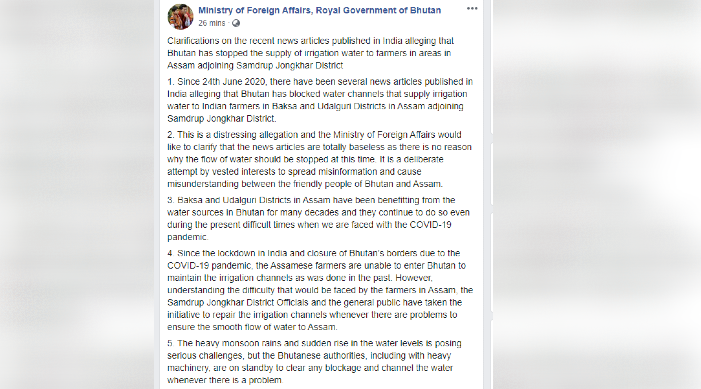