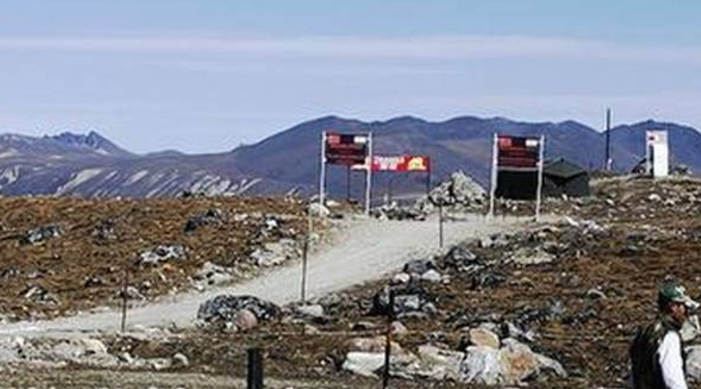 China’s belligerence towards India culminating in the violent Galwan Valley clash seems to be coming from its sense of insecurity about the elevation of Ladakh, one of the last remaining lands where Tibetan Buddhism and culture thrive, to an independent Union Territory.

According to Sange Hasnan Sering, Director, Institute of Gilgit Baltistan Studies, as India is building roads in Ladakh closer to the restive regions of Xingjian and Tibet, the Chinese regime sees it as a move that could strengthen dissent among the people in these regions.

Xingjian is home to Uyghur Muslims who are facing persecution because of their faith. The Uyghur are blamed for launching a secessionist movement and many of them are lodged in concentration camps touted as reformation centres by the Chinese regime. China has disbanded many key elements of Islam and is rewriting the Quran to make it compatible with Communist China’s doctrine.

Tibet, on the other hand was run over by the Communist regime in 1950; its Buddhist monasteries and cultural sites were vandalised and that led to the flight of Tibetan spiritual leader Dalai Lama and thousands of his followers to India. Tibet is Beijing’s raw nerve since the Dalai Lama is respected all over the world. Uyghurs living in exile have managed to impress countries like the USA that are contemplating action against China for human rights abuse in Xinjiang.

China and Pakistan had raised objections to the Narendra Modi government’s bold decision of abrogating Article 370 of the Constitution and division of the State of Jammu and Kashmir into two Union Territories fulfilling the longstanding demand of Ladakh’s people. Both cited the move as Delhi’s effort to change the status of the “Kashmir dispute.”

Though Pakistan is a party to the ‘Kashmir dispute’’ – a reference to the United Nations Security Council resolution (number 47 of April 21, 1948) calling for a ceasefire between India and Pakistan on the line of control in J&K - China has no locus standi.

Yet, after the August 5, 2019 decisions on J&K, a Chinese think tank China Institutes of Contemporary International Relations (CICIR) published a report, ‘India blinded by double confidence’. It says: “India's actions of unilaterally changing the status quo of Kashmir and continuing to exacerbate regional tensions have posed a challenge to the sovereignty of China and Pakistan and made the India-Pakistan relations and China-India relations more complex."

About the division of J&K, the report says, “on the Chinese side India opened up new territory (read Ladakh) and incorporated part of the areas under the local jurisdiction of Xinjiang and Tibet into its Ladakh Union territory and placed Pakistan administered Kashmir within its so-called Union territory of Jammu and Kashmir.”

The reference here is to Aksai Chin, an Indian territory gifted to China by Pakistan and it reflects in the map of Union Territory of Ladakh.

China’s real worry is the emergence of Ladakh as a hub of Tibetan Buddhist religious and cultural centre and its direct impact on the morale of the dissidents in bordering Tibet and the restive region of Xingjian (Sinkiang).

Ladakh is a major attraction for religious and adventure tourism of international tourists. With Ladakh getting an independent identity – delinked from Kashmir - its rise is likely to make people compare the Indian Buddhist territory with Tibet.

It’s generally believed China had been disturbed by India creating a lot of infrastructure in the cold desert region in recent years. Besides, China had fallen for propaganda generated by its ally Pakistan that abrogation of article 370 will have a direct bearing on the Kashmir issue.

A Communist China and a half-baked Islamic democracy Pakistan don’t want to accept the basic fact that a country is free to change its laws, and in democratic India, Parliament is the only authority to make changes in Article 370. International bodies including the United Nations have no say in such matters.

Besides, 72 years after the UN resolution, India has moved on as Pakistan failed to fulfil the first requirement for its implementation and the Simla agreement of 1972 made it irrelevant.

China also got taken in by the disinformation disseminated by Pakistan that the accession of J&K was linked to Article 370 of the Indian Constitution. The fact is that the ruler of J&K Maharaja Hari Singh had signed the same instrument of accession with the Union of India that other princely states had. There was no separate document for J&K giving it entitlements like a separate flag and a constitution.

The Article 370 was inserted in the Indian's statute a good nine months after it was adopted by the Constituent Assembly on January 26, 1949. It came into being due to intense political manoeuvring and magnanimity of the then government headed by Jawahar Lal Nehru. This was never a pre-condition for J&K, the only Muslim majority state, for joining the domain of India.

The instrument of accession was signed on October 26, 1947, while Article 370 was inserted in the statute two years later. Also, it was a temporary provision that gave a special status to J&K to have its own Constitution and a separate flag.

Another piece of disinformation spread by Pakistan was that abrogation of Article 370 had made people of Jammu and Kashmir less privileged. The fact is that today J&K residents enjoy the same rights as the rest of the Indians.

The special entitlements of J&K state had been misused to deprive sections of people – women who married non-Kashmiris, refugees, displaced people, settlers from Pakistan, janitors – of their basic civil rights. It bred exclusivity, exploitation of resources and people, extreme corruption and lack of accountability of the elite club of Kashmir.

It also fostered a sense of discrimination in Jammu and Ladakh with the political control mostly remaining with the Kashmiri Muslims. Besides, it also helped fuel separatism and religious extremism in J&K.