China must recognise that India too has non-negotiable core concerns, aspirations, interests 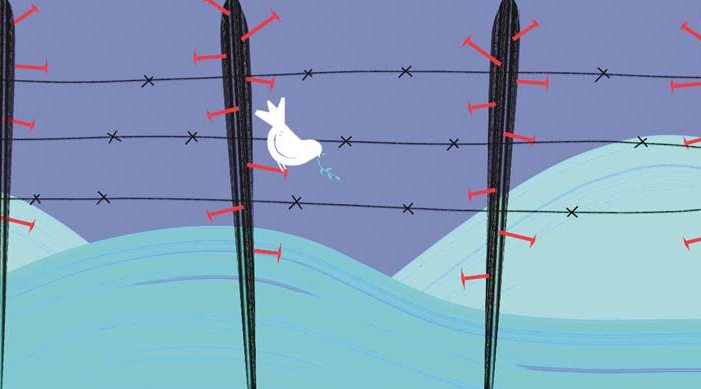 Ironically, the warning signals began during Xi’s own visit to India in September 2014 when he publicly announced that China was

The principle of equal and mutual security is fundamental. No country can have a veto on India’s relations with any other country or group of countries

In one fell swoop, China, with Xi Jinping in the core leadership position of the CPC and with ultimate responsibility as the Chairman of China’s Central Military Commission, has effectively destroyed the edifice of bilateral relations so painstakingly built post the Chinese aggression of 1962. Hubris, internal insecurities in China, the COVID-19 pandemic and the complex and confused external environment have led to caution being thrown to the winds. Perhaps, the anticipated medium and long-term competition posed by India from the ideological, strategic and economic points of view began to loom larger and Beijing felt that this was a good opportunity to once again assert its self- proclaimed territorial claims in Ladakh. That may have been a grave error of judgement. Military adventures like the recent barbaric one unleashed by the Chinese in Galwan have a habit of ending up with nasty surprises.

Parallels are being drawn between what happened in 1962 with recent events in eastern Ladakh. These do not bear scrutiny. However, China’s recent military actions in Ladakh clearly violate the signed agreements of 1993, 1996, 2005, etc on maintaining peace and tranquillity along the Line of Actual Control. These actions are in violation also of other signed agreements, including at the highest level, and contradict positions taken by Xi himself at the informal Wuhan and Chennai summits in 2018 and 2019.

In past years, Chinese intrusions along the LAC were sustained despite the agreements referred to earlier but peace and tranquillity was maintained. A qualitative change though occurred in Chinese perceptions after the Doklam face-off. That necessitated the first informal summit at Wuhan in April 2018. The underlying effort then was to ensure that peace and tranquillity in the border areas are maintained while placing serious difficulties on the back burner. One important outcome of that summit was the agreement to continue to meet at the highest level and to enhance trust and strengthen strategic communication.

The second informal summit between Xi and Narendra Modi in Chennai in October 2019 took place in the aftermath of the revocation of Article 370 by India and China’s unnecessary and unsuccessful attempt to raise the issue in the UN Security Council. By then, many other developments — both internal and external — had added pressure on China. The Chinese had said that the Chennai summit would enable a candid and in-depth exchange of views on bilateral relations and major international and regional issues of common concern. With hindsight, one can argue that the deception began there.