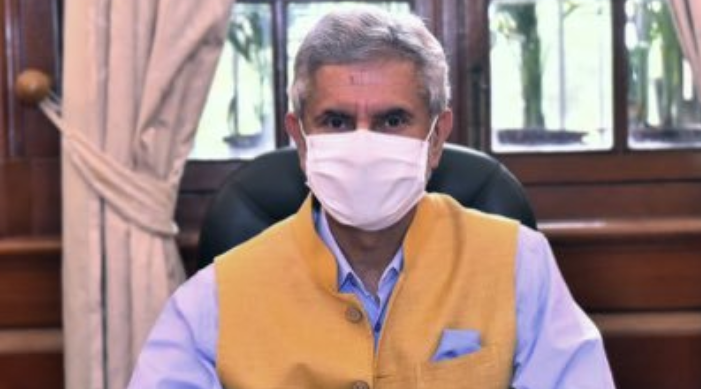 Giving a diplomatic punch to China without taking its name, External Affairs Minister S Jaishankar called on “leading voices of the world” to respect international law, recognize the legitimate interests of partners, support multilateralism and promote common good for “building a durable world order.” S Jaishankar said in his opening remarks at the special trilateral meet of Russia, India and China on Tuesday.

The EAM’s statement in the backdrop of India-China tension on the LAC, which resulted in the death of 20 Indian soldiers in the night of June 15/16--the first ever since 1975, is seen as India’s veiled attack on China for transgressing agreements on border management and harming geographical interests of its neighbouring country.

On June 17, in his telephonic conversation with Chinese Foreign Minister Wang Yi, EAM Jaishankar had said the violence and casualties were outcome of “pre-meditated and planned” Chinese action to erect a structure in the Galwan Valley.

He had also said it reflected intent to change the facts on ground in violation of all out agreements to not change the status quo.

At the trilateral meet, which was held to commemorate the 75th anniversary of the conclusion of World War II, the EAM reminded the world about the contribution of Indians during the war.

“India made a significant contribution, with 2.3 million of its citizens under arms and 14 million more participating in war production. Indian blood was shed at the battlefields of the world, from Tobruk, El Alamein and Montecassino, to Singapore, Kohima and Borneo,” Jaishankar said at the meet.

He made both Russia and China take notice of the fact that India helped keep key supply lines open to both the countries at the height of the war. “If Indian personnel were conferred the Order of the Red Star, the medical mission led by Dr.Kotnis was a legend in China. So tomorrow, when our military contingent marches through the Red Square, it would be an affirmation of the difference that we made.”

He rued that after the end of World War II, when the victors met to fashion the ensuring global order, “the political circumstances of that era did not give India due recognition. This historical injustice has stood uncorrected for the last 75 years, even as the world has changed. Therefore, on this momentous occasion, it is important for the world to realize both the contribution that India made and the need to rectify the past.”

The EAM also said that international affairs must also come to terms with contemporary reality.

“The United Nations began with 50 members; today it has 193. Surely, its decision making cannot continue to be in denial of this fact. We, the RIC countries, have been active participants in shaping the global agenda. It is India’s hope that we will also now converge on the value of reformed multilateralism,” Jaishankar said.