Resetting India’s ties with China: The Ladakh intrusion is an outcome of Beijing’s ambitions and insecurities, and lack of clari 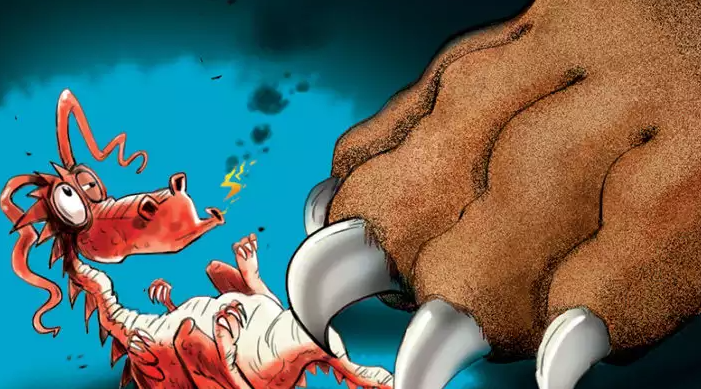 Relations between India and China have never been comfortable since the unprovoked attack by them in 1962. The root cause of the problem at that time was the boundary issue, but many more issues got added over the years

Present day China has ambitions to be the number one power in the world and is involved in a bitter economic conflict and power struggle with the US. China feels that India is getting closer to the US and is an obstacle to their ambitions, hence they must do India down. Their nexus with Pakistan serves their purpose and further enhances the threat to India.

The unsettled boundary is the catalyst for the problem. Since the LAC is the basis of the peace, the peace would remain fragile without an agreement as to where the line lay. Various mechanisms like Joint Working Group and meetings of ‘Special Representatives’ were put into place to delineate the line on the map and demarcate it on the ground. To facilitate that, maps were also to be exchanged.

Maps for the central sector were exchanged in 2002 but thereafter this process stopped, as it didn’t suit the Chinese long term design. This is in keeping with their style. China is well known for very deliberate planning and biding their time.

Over the last 6-7 years, the number and gravity of the faceoffs between the two sides have increased. Depsang, Chumar and Doklam are just a few examples. Behind all these intrusions, there have been other causes like India’s desire to deepen its strategic relations with the US, Japan, Australia etc. More recently, India’s expression of its intent to attract manufacturing from other countries has also caused discomfort to China. In response Global Times, the Chinese mouthpiece, has come out with a scathing article advising India against such ambitions.

The recent intrusion in Ladakh region at a number of places appears to be an outcome of all these reasons. The lack of clarity of the LAC provides them the excuse. In actual fact, both sides have been patrolling upto their claim lines and by and large understand each other’s perception fairly well. Over a period, they have agreed that there are 23 areas of disputes (11 in Ladakh), which need resolution. Galwan valley is not one of them.

The recent Galwan incident has unfolded the long term Chinese ambitions in this area. The fact that the Chinese foreign minister has now claimed that the Galwan valley always belonged to them, makes it obvious that there is more than what meets the eye. Their long term strategy could be to try to capture the DBO-Karakoram pass and join up with Shaksgam valley (Indian territory ceded to them by Pakistan) and then help Pakistan capture Siachen glacier. The capture of northeastern Ladakh will provide depth to the Aksai Chin road and security to the China-Pakistan Economic Corridor, on which they are investing $62 billion. We need to look at the gravity of this impending threat with all seriousness and stand united as a nation.

In the past such incidents have occurred, but quiet engagement and diplomacy have worked. But this time, these have failed because the Chinese perhaps have much deeper designs.

Prime Minister Narendra Modi did very well to invite all the political parties last Friday to share this grave threat to national security. He praised the valour of the 20 army soldiers and also said that our soldiers died but they taught a lesson to those who tried to intimidate our motherland. The PM made eight points in his address. These included the development of border infrastructure, the armed forces being better equipped and prepared, more frequent patrolling of the border areas, ability to respond better and also highlighted the status at the LAC particularly in the Galwan valley, etc.

PM’s remark that, “No intruder is present inside India’s borders nor is any post under anybody’s control,” unfortunately drew differing interpretations. The PMO put out a very clearly worded clarification last Saturday, which highlighted that the sacrifices of the soldiers of 16 Bihar regiment had foiled the attempt of the Chinese side to erect infrastructure and cleared the attempted transgression at this point of the LAC on that day (June 15). It was made clear that “India would respond firmly to any attempts to transgress the LAC,” and ensure that unlike in the past, Indian forces now act decisively to counter any violation of the LAC.

Now that a clarification has been given by the PMO, the matter should be allowed to rest here. It will be in the interest of the nation that we focus on the threat confronting us and leave politics for another day. Our nation has always put up a united front in the face of national crises.

These recent incidents and hidden ambitions of the Chinese have put India-China relations on a course of reset. India will have to deal with this situation in all spheres – diplomatic, economic and military. Our principle is clear, “not an inch of our territory will be lost and our army is capable of taking on the Chinese.”

Lastly, when the Chinese display such aggressive designs, why should India care for their sensitivities? There are numerous issues like Tibet, Hong Kong, South China Sea etc for which they stand answerable to the world. India also needs to gradually start decoupling with China on economic aspects. Already there is an anger building up in Indian people, to discard Chinese goods.