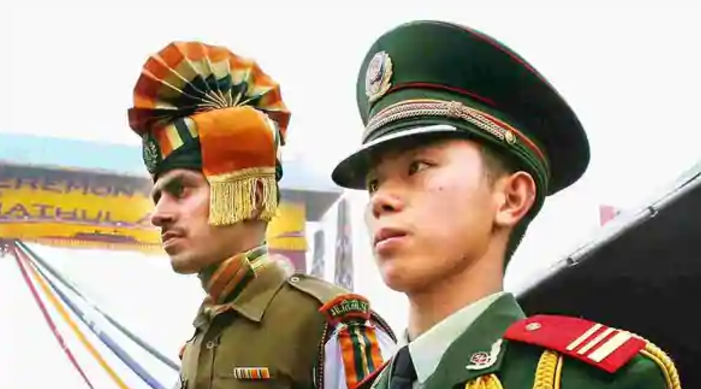 India and China had a bloody face-off along the Line of Actual Control (LAC) bordering Ladakh. The unprecedented confrontation led to the martyring of 20 Indian soldiers and injuries to others

Last week, India and China had a bloody face-off along the Line of Actual Control (LAC) bordering Ladakh. The unprecedented confrontation led to the martyring of 20 Indian soldiers and injuries to others; though China has not officially admitted to it, the chatter in the global intelligence community is that there were fatalities and injuries on their side, too. This episode fits the pattern of recent acts of aggression by China (like in the South China Sea) to expand its territorial reach; so China is unlikely to be given the benefit of doubt on the charge of forcing this bloody escalation. More worryingly, this tragic loss of lives is probably a tipping point defining the future of Asia. The uneasy relationship between two neighbouring nations with diametrically opposing ideologies—one wedded to the values of democracy, the other to a command-control regime defined by the principle of ends justifying the means—is bound to undergo a reset. The fear is that the contours of this new relationship will be based on confrontation rather than cooperation. The downside risk is that at the least it will lock both countries in a distracting, costly and exhausting low-intensity conflict—like the one India has to endure with its western neighbour (and China ally) Pakistan.

If, indeed, such an outcome does play out, the political economy costs will be devastating. China in its reckless pursuit of hegemony may just have buried the idea of the Asian century. If the two majors of Asia were to be locked in a conflict—overt or covert—it will further pollute an environment already sullied by Pakistan positioning itself as the terror factory of the world. Hardly the enabling environment to harness the economic potential of this continent. A plausible outcome, the Western nations, many of whom are already past their best, would welcome. An Asian Century would have formally shifted the centre of global power away from the West. This, in turn, would have structurally altered the global polity—something I doubt the West would stomach.

Given the stakes, it is baffling to understand China’s actions, especially when India’s political leadership, risking its own social capital, went out of the way to court China. All this when India, like the rest of the world, is struggling to fend off the covid-19 pandemic, which coincidentally began in Wuhan, China. It smacks of ruthless opportunism, unmindful of the geostrategic risks. Surely, China understands it is already under global scrutiny for allegedly concealing the onset and extent of the pandemic; worse, it has to address the prima facie charge of institutional capture and manipulation of the World Health Organization. In short it is struggling to manage a PR crisis rapidly spiraling out of control. Why, then?

In global diplomacy explanations are never binary. Here is a listicle of surmises seeking to explain the method in the madness of Chinese actions:

For one, despite the asymmetry between the two nations—India is a fourth of the size of the Chinese economy, while Beijing also enjoys an obvious military superiority—India continues to punch above its weight. Further, it is constantly being considered for a seat at the global high table; both must be frustrating for China.

Two, from the strategic point of view, India’s potential, particularly with respect to its economy, is a definite long-term challenge to Chinese hegemony in Asia. While India is yet to realise its potential, it is beginning to display signs of shaking off decades of lethargy.

Three, India has of late junked accepted policy precedent and begun to police its borders and developing critical infrastructure to facilitate quick movement of personnel. This has obviously irritated the Chinese.

Four, the covid-19 pandemic and growing frictions with the West have only made China that much more defensive; it sees every challenge as a threat. Connect all the dots and it is clear that China has committed a strategic blunder by forcing a confrontation with India. Something that could well tie Asia into knots, jeopardizing its bright future—including India’s.