A way out of undelineated borders 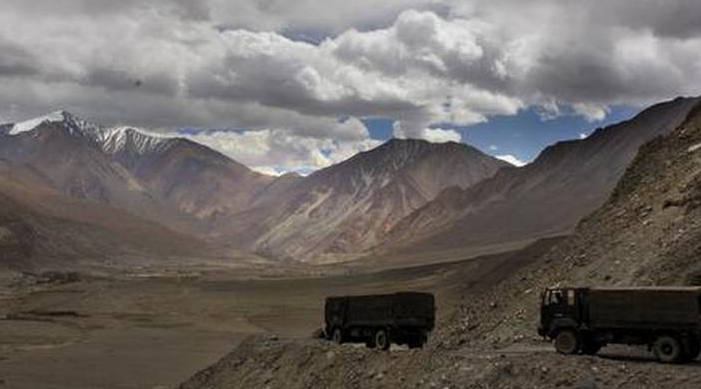 In the India-Nepal and India-China tensions, white papers can help in clearing misapprehensions over the boundaries

The Galwan face-off should focus minds on resolving, not managing, different perceptions of the northern border, relying first on ‘samadhaan’, as Kautilya suggested.

The root of the misunderstanding between India and Nepal lies in a treaty to end a territorial war to which no map was attached and the negotiators had no idea of the geography of the area, except that devout Hindus on the way to Mansarovar considered the springs at Kalapani, at the base of the Lipulekh pass, as the source of the Kali river.

The Treaty of Sugauli in 1815-16, which ended the Anglo-Nepalese War, stipulated that “the Kali River” would mark Nepal’s western border with the British East India Company. The demarcation undertaken by W.J. Webb later in 1816, covered ‘the entire Byans region both to the east and west of the river, on the ground that it had traditionally been part of Kumaon prior to the 25-year-old occupation by Nepal’. In 1817, Nepal made a ‘representation to the British, claiming that it was entitled to the areas east of the river. The British Governor-General in Council accepted the demand’, and the villages of Tinkar and Chaggru were transferred to Nepal, dividing the Byans area. The drainage of the Kalapani and Lipulekh was considered wholly within British territory, and it was stated that a short way below the springs, the Kali formed the boundary with Nepal.

Nepal later ‘extended a claim to the Kuthi valley further to the west, stating that the Kuthi-Yankti stream, the western branch of the head waters, should be considered the main Kali river’. The Himalayan Gazetteer records that the surveyor, W.J. Webb, made known to Bam Shah, the Governor of Doti, who had negotiated the Treaty, ‘that the lesser stream flowing from the Kalapani springs had always been recognised as the main branch of the Kali and had in fact given its name to the river. The British retained the Kuthi Valley’ and the Limpiyadhura Pass.

The first British Resident in Nepal, Edward Gardner, laid this out to the Nepal Durbar, in correspondence (February 4, 1817 to October 10, 1817). The matter was considered settled as only the lowland lying between the Kali and Gorakhpur that were ceded in 1815 were restored to Nepal by the Treaty of 1860.

To establish the boundary, initially, the Deputy Commissioner of Almora would each year travel to the Lipulekh Pass to open trade. The northern boundary of Byans was stated as the line of water parting between India and ‘Hundes’ in the Settlements of Trail in 1828 and Batten in 1840-41. The first Settlement, under the British government of Beckett between 1863 -1873, measured each cultivated field, reiterated this, and, as The Himalayan Gazetteer points out, was used to input local names into the new map prepared by the Survey of India, correcting earlier sketchy maps. The British Government did not shift the British East India Company boundary, as Nepal alleges.

In 1905, Charles A. Sherring, Deputy Commissioner of Almora, recorded his travels across Lipulekh into Tibet. He camped at Kalapani and noted its half dozen springs and the Nepal boundary at the Tinkar Pass. Trade through Lipulekh, amounting to £26,000 annually, had grown ten-fold since 1816, and was regulated by the British.

The 1954 Trade Agreement between India and China mentions Lipulekh as one of the passes that could be used for trade and pilgrimage traffic; a police post was established by India at Kalapani in 1956.

The China-Nepal Boundary Treaty, October 5, 1961, in its Article 1 states: “The Chinese-Nepalese boundary line starts from the point where the watershed between the Kali River and the Tinkar River meet the watershed between the tributaries of the Mapchu (Karnali) River on the one hand and the Tinkar River on the other hand.” The China-Nepal Boundary Protocol of January 20, 1963 established permanent boundary markers “as numbered 1 to 79 in serial order from west to east.” The first marker of the Sino-Nepal border is at Tinkar.

The tri-junction, though not delineated, corresponds to the border claimed by India and shown on the British map of 1879, and in subsequent ones, is about 5 km east-southeast of Lipulekh and 20 km from the Limpiyadhura pass.

Principles of international law support the British and India’s claim. Borders are established through political agreements; delimitation gives specific meaning to the verbal description and is considered part of the negotiations and demarcation is the setting up of boundary markers. In the case of Lipulekh and Kalapani, and now Limpiyadhura, the political agreement in 1817 has been acted upon and not open to challenge now. A treaty has to be interpreted with reference to the circumstances prevailing at the time the treaty was concluded.

In considering the general significance of map evidence, the basis of Nepal’s claim, if that evidence is inconsistent, its value is reduced by any delimitation done at that time and textual interpretation as well as legislative, administrative or judicial assertions of authority over the area. There are also clear legal grounds and reasons for corrections in names in the maps.

The militarisation of this un-delineated part of the border has made it imperative for India to respond early to Nepal’s selective reference to certain maps of the British East India Company — first raised in 1997 — with a white paper and discuss giving Byansis in Nepal all facilities, as those villages are cut-off from the rest of Nepal. Equally important is the need for another white paper on Aksai Chin where the border is also not delineated. Resolution is a part of political negotiation and overlapping “patrolling points” are grossly inadequate substitutes for boundary pillars.

Civilisational states should rely on the power of persuasion to settle misapprehensions left over by colonialism based on historical facts and summit diplomacy.