Not a time for doubts and casting aspersions 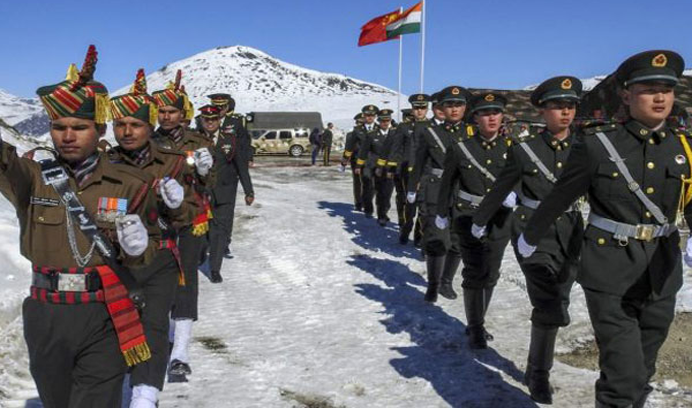 Some in the armed forces fraternity have been critical of the way the troops fought the Chinese in Galwan valley on 15th June. Some have raised the question of our troops not having carried weapons. Those who have operated in the India – China border in the recent past, would know that the troops always carry weapons when they go into the operations. In the melee that happened on that night wherein hundreds of troops from both sides were involved in a hand to hand fight, that too in a very restricted area and in darkness, precluded the use of either small arms or heavier weapons. We need to really appreciate the wisdom of the Commanding Officer and the officer who took over after the valiant colonel fell fighting, to have followed the protocols and not opening fire. Any firing would have resulted in casualties from both sides increasing manifold. To good measure the Chinese also followed the protocols and did not open fire, even though they also suffered substantial casualties. If fire was opened that day, the line of actual control would have become a line of control similar to the one on the India Pakistan border for perpetuity.

Similarly, people started questioning the Prime Minister’s statement after the all party meeting that was held on 19 June. He made eight points. (a) There has been no intrusion leading to capture of posts (b) The 20 gallant soldiers who made the supreme sacrifice made the enemy pay a heavy price and taught a lesson forever. Their sacrifice will not be forgotten. There is no Chinese in Indian territory. (c) Our forces are fully geared up in all dimensions and will maintain required deterrence. (d) The government has given full autonomy to the forces to take appropriate action at the operational level. (e) India desires peace and diplomatic efforts are on simultaneously to resolve the issue in a peaceful manner. (f) India’s sovereignty is of utmost importance and efforts have been to upgrade and improve border infrastructure in the past five years. (g) Better infrastructure has resulted in more patrolling and checking of Chinese movements by our forces. (h) India has never succumbed to external pressure on any issue and the same will be the case now also.

Out of all the points mentioned by the PM, the point that caught the attention of most was the sentence that there is no Chinese in Indian territory. It is important to note that the statement came in relation to what happened in Galwan and how our soldiers ensured no Chinese was on Indian side there. That statement has been interpreted in many ways, most of them negatively. The resolve of the government not to compromise on the territory of India that was conveyed by the PM has been conveniently given a miss.