Getting real with dragon – Galwan a wake up call 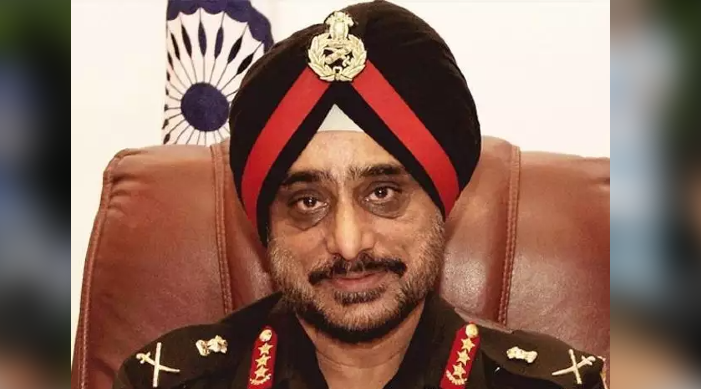 As we make sense and come to terms with Galwan encounter, my first duty is to pay homage to Col Santosh Babu and his composite team

Santosh was key staff officer in Brigade under my command and I had the privilege to be briefed by him, multiple times. I distinctly remember having told him that he will make an ex excellent CO. He has not only lived up to our trust but rekindled our faith in this hallowed tradition.

In radio parlance, CO is described as ‘Raja’. Col Babu, took responsibility and unlike reprehensible tendency of blaming others and predecessors, starkly evident in political discourse, lead from front, courting risk and following ambiguous orders. One is reminded of story of 1965, where we captured Raja post but lost legendary CO of 2 Sikh, radio transmission was, “Raja Litta, Raja Ditta” (captured Raja post but lost the CO). In Col Babu’s sacrifice, lies the ultimate challenge — to comprehensively put it across to the Dragon that Indians can’t be coerced to alter realities of LAC. It is unlikely that Chinese will be chastened by loss of 40 odd PLA lives, including officers, as human lives matter very little to them. Probably, a controlled counter stroke maybe required. There are many disturbing questions that have got thrown up. Some of these are tactical and even though they have strategic ramifications, need to be penned as too much of Twitter scrutiny may result in curbing audacity amongst junior leadership. Questions need to be asked, primarily to learn lessons, but at an appropriate time.

The worrying reality is that so called confidence building measures and border management protocols are being misused by Chinese to use swarming tactics, salami slicing, combined with psychological warfare. There is an urgent and inescapable need for further ‘disengagement’, as both sides are in ‘eyeball to eyeball’ mode, at many locations in Galwan valley and Pangong Tso areas. There is an urgent need to put in place an interim protocol to prevent barbaric and stone age type faceoffs for border management, which has degraded into border defence and skirmishes. To retain sanity on borders, banning carriage and use of such weapons is unavoidable. It will also be prudent to give Ladakh Scouts more visible role in border defence to leverage implied psychological message. Concurrent with disengagement is the process of de-escalation. It has to be worked out and is likely to be long drawn, with inherent complexities, coupled with its own nuances. It is unrealistic to expect Chinese to roll back their build up (as seen in satellite imagery) in a hurry. The surprising part is that it remains largely non-tactical, more in occupation mode.

China has set a very diabolic precedent at Doklam, amounting to initially disengage at faceoff site, but solidify in near vicinity. Consequently, plateau is swarming with Chinese structures, logistics dumps and helipads. The challenge for us is to ensure that partial deescalation is at least credible. The benchmarks would be mitigation of threats to DarbukShyok-DBO road and unfettered patrolling access to Finger 8 on Pangong Tso. In long term, we should ensure redundancies in strategic communications by building depth lateral in Ladakh with glaciated road over Saser La. My generation got shaped by deceitful conduct of Chinese in 1962 and was coming to terms with them. Millennials, unlike us, held Dragon in awe, addicted to Chinese products. In quest to build soft power, it is strategically catastrophic, to antagonise young and defining generation.

Naturally, there is strident demand to rework our China policy. Despite wise counsel of George Fernandes, we have drawn comfort in remaining Pakistan centric and refused to get real about the Chinese threat. Post Galwan, narrative has changed, China is enemy Number 1. Our policy has been an odd reactive mix of appeasement, denial and trust without verification. This policy is curated by Chinese Study Group, collection of Mandarin speaking diplomats with ‘frequent flyer to China’ credentials. It is time to switch to operational orientation and silo based, elitist approach has to give way to integrating these experts at cutting edge. To start with, we should create regional nodes with Northern and Eastern Commands comprising of MEA and MHA (border management) officials. It is natural to give free hand to Armed Forces, when chips are down but what they really need is loosening of purse strings and check on financial tzars, who draw pleasure in penny pinching, justifying it as their duty. It has to be the whole of national approach, with integrated staffing, involved decision making and shared accountability.

The stalled project of Mountain Corps needs to be refined in contemporary context to make it agile, capable of facing emerging challenges in psychological, cyber and electronic domains. It is critical for us to build credible deterrence based on QPQ (colloquially refereed to as ‘tit for tat’) options. The selected option has to be orchestrated after due risk mitigation, with calibrated choice of time and place of application. The Army has the capability, training and “if permitted” will indeed make this story complete with ‘Galwan Litta’.

Now that gloves are off, it will be prudent to recognise Nathu La incident (currently referred to as skirmish) and Galwan by awarding well deserved battle honours. It is also high time that Krishna Menon Marg is renamed as Maj Shaitan Singh Marg.