As China’s global media influence grows, so does the pushback 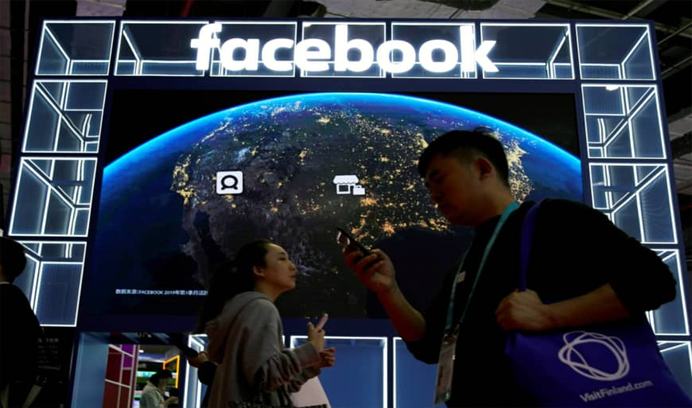 The Chinese Communist Party and various Chinese government entities have long sought to influence public debate and media coverage about China around the world, a trend that has accelerated in recent years.

WASHINGTON – The Chinese Communist Party and various Chinese government entities have long sought to influence public debate and media coverage about China around the world, a trend that has accelerated in recent years. Over the past month, a number of news reports and investigations, often by local journalists, have highlighted new evidence of how Chinese government-linked actors impact global information flows via propaganda, censorship, surveillance and control over infrastructure. In response, various governments and technology firms have taken steps to undermine the negative effects CCP influence has on media and internet freedom. This article calls attention to some of these new developments.

In Southeast Asia, Thailand’s cash-strapped media companies are increasingly relying on Chinese state media like the official newswire, Xinhua News Agency, to provide coverage on the global response to the new coronavirus. But China’s influence on Thai news precedes the pandemic, with at least a dozen outlets having inked partnerships with Xinhua and 2019 being named by the Thai government as the “ASEAN-China Year of Media Exchanges.”

Farther afield, according to Italian journalist Gabriel Carrer, writing at Formiche, coverage on Italy’s public television of Chinese government assistance to the coronavirus-ravaged country has been three times greater than comparable coverage of U.S. government help. The coverage appears to have contributed to improved public opinion of China vis-s-vis the United States, according to recent polls.

Meanwhile, The Times of India reports that many videos on the Chinese-based app TikTok that discuss recent military tensions along the India-China border have been subject to “shadow bans,” effectively hiding them from other users on the platform. Thus, according to the article, “#ladakhchinaborder, #chinaladakh, #chinainladakh are all hashtags that exist,” but have “zero views and no link to the videos.” India has TikTok’s largest user base, with over 150 million monthly active users. The events have given rise to further speculation that TikTok censors material critical of China.

A new report from the Washington-based Heritage Foundation claims that Chinese companies involved in renovating government structures and building telecommunication networks across Africa may be involved in surveilling both African and U.S. officials and business leaders. The study found, among other things, that Chinese companies had done construction work on at least 186 sensitive government buildings across Africa, had built 14 “secure” telecommunications networks, and had provided computers to governments in 35 African countries. It urges U.S. and African government officials to take precautions with any meetings or content they would not want accessed by Beijing.

Speaking of the U.S., in early June, Google’s Threat Analysis Group announced that a China-linked hacking group had conducted phishing attacks against the campaign of U.S. presidential candidate Joe Biden. Although they reported that the assaults appeared not to have been successful, it is the first indication of China-based actors targeting the campaign, either for the purposes of influencing the presidential contest, or to gain intelligence on a potential incoming administration.

And on June 10, Axios reported that the U.S.-based video conferencing company Zoom had shuttered the account of Chinese American democracy advocate Zhou Fengsuo after he organized a virtual commemoration of the 1989 Tiananmen Square massacre using the application. The account was reinstated after the news report was published. Zoom has done extensive product development in China, and later admitted that the closure had been triggered by a request from the Chinese government.

As China’s influence grows, however, so too does the pushback from other countries.

Regulators in the United Kingdom have found that the China Global Television Network (CGTN), the international arm of China’s state broadcaster, repeatedly violated broadcasting rules through its biased coverage of the Hong Kong protest movement. The channel could face millions of dollars’ worth of fines and the revocation of its broadcasting license.

On May 28, the BBC reported that an investigation it conducted found 1,200 apparently automated or hijacked social media accounts that had amplified negative messaging about critics of China’s handling of the coronavirus outbreak, while also applauding the Chinese government’s response. After they shared their findings with the relevant companies, Twitter, Facebook and YouTube removed hundreds of the accounts.

On June 4, Facebook announced that it would begin labeling pages and posts from media outlets “wholly or partially under the editorial control of their government,” a decision that could impact the promotion of Chinese state media pages on the platform, which have tens of millions of followers worldwide. The company said that in the coming months it would also begin labeling ads from such accounts and blocking them from placing ads in the U.S. in advance of the country’s November 2020 presidential election.

In late May, Twitter added fact-checking warnings to two tweets sent in March by China’s Foreign Ministry spokesperson Zhao Lijian, which shared conspiracy theories asserting that the U.S. had brought the coronavirus to Wuhan.

The Chinese party-state continues to engage in a massive campaign to influence media outlets and news consumers around the world, especially with regard to their understanding of the coronavirus outbreak. While some aspects of this effort are in line with traditional public diplomacy, many others are covert, coercive and potentially corrupt. The strategies being pursued have long-term implications, particularly as the CCP and its international affiliates gain greater influence over key portions of the information infrastructure in various countries. The potential future impact of Beijing’s practices should not be underestimated.

It is encouraging to see governments, technology firms and civil society actors in a growing number of countries exploring avenues for protecting media freedom, increasing transparency and countering disinformation efforts by Chinese government-linked actors. Their efforts will not only address Beijing’s encroachments, but also strengthen democratic institutions and independent media against other domestic and international threats.

Such action may require considerable political will, given Beijing’s tendency to mete out economic reprisals. But it is increasingly clear that allowing the authoritarian dimensions of CCP media influence campaigns to expand unchecked carries its own costs.