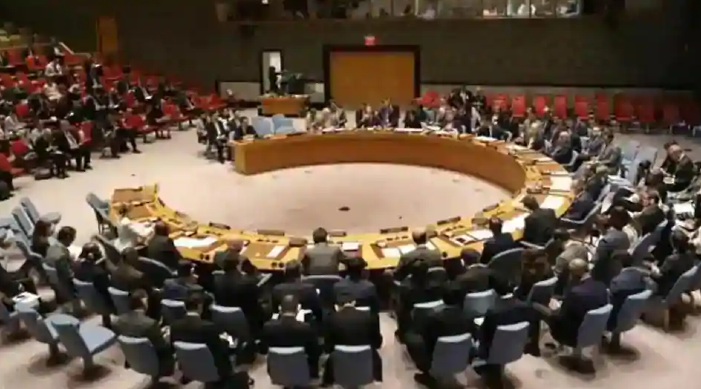 India, with its unopposed victory, will hope to use its eighth term as a non-permanent member to further bolster its claim to a permanent seat with the avowed goal of forging a “new orientation for a reformed multilateral system”

India was elected Wednesday to the UN Security Council as non-permanent member with 184 of the 192 votes for a two-year term starting January 1, 2021.

“We have received overwhelming support and we we deeply humbled by the tremendous confidence that the member states of the United Nations have reposed in India,” T S Tirumurti, the Indian permanent representative to the UN said in a video-recorded message.

“India will become a member of the United Nations Security Council at a critical juncture and we are confident than in the Covid- and the post-Covid world India will continue to provide leadership and a new orientation for a reformed multilateral system,” he added.

India will begin its eighth two-year term on January 1, hoping to use it to further bolster its claim to a promotion to the permanent seat in a reformed UN Security Council.

India was the endorsed candidate of the Asia-Pacific Group of UN member countries and faced no competition. Its election to one of the five open seats on the 15-member council was a given, though some UN diplomats intimately involved with the election had said they were “keeping our fingers crossed”.

It was a suspense of a badly made triller. Everyone knew the end. Voting by paper ballot got underway at 9:30 am (7:00 pm India time) and is expected to go on till 1:30 pm (11:pm, India), stretching a process that should hav been wrapped up, with the results, possibly by noon, as it happened in 2010, the last time India was elected to the UNSC. .

The 193 UN members countries were vote to elect five non-permanent members in a phased manner, for the first time in the world body’s 75-year history. They were allowed on to the floor of the general assembly, where the voting takes place, in smaller groups or 20 or so because of the social distancing norms in place because of Covid-19. New York city, where the UN is headquartered, was, and remains, the epicenter of the US coronavirus epidemic and has only recently started lifting restrictions on businesses and public life.

UN diplomats were not certain how many of the member countries who can vote — some like Venezuela are barred for non-payment of membership dues — will actually show up to cast their ballots, which must be done physically and not virtually or remotely through an electronic button.

Mexico was the other endorsed candidate that is likely to go through unopposed from the Latin American and the Caribbean Group seat. Canada, Ireland and Norway were contesting for the the two seats for the Western European and Other Group and Kenya and Djibouti were running for the African Group seat.

India expects to use its eighth term to further build its case for a permanent seat in a reformed Security Council, something that it has been pushing for years now along with other claimants such as Japan, Germany and Brazil — the G-4 — calling the current council outdated and out of sync with the changed global realities.

“Reformed Multilateralism to reflect contemporary realities” will be one of India’s priorities, External Affairs Minister S Jaishankar said June 5, as he released a brief document laying out India’s priorities and approaches as it sought another term on the Security Council.

Responsible and inclusive solutions and “concrete and result-oriented action at the Security Council for an effective response to international terrorism”, a “comprehensive approach” to peace and security, the key responsibilities of the body and technology with a human touch, were the other four.

India will pursue these priorities through a Five-S approach, according to the “priorities paper”: Samman (respect), Samvad (dialogue), Sahyog (cooperation) and Shanti (peace); to create Samriddhi (Prosperity).