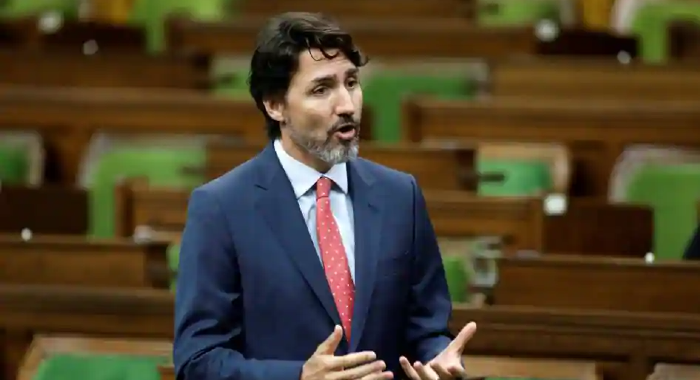 Canadian Prime Minister Justin Trudeau spoke to Prime Minister Narendra Modi on phone, during which he discussed the situation at the Line of Actual Control (LAC), among other things.

The call was initiated by Trudeau and he was the first leader of a G-7 nation to discuss the confrontation with Chinese soldiers with the Indian Prime Minister.

“The Prime Ministers discussed regional and global issues of concern, including the situation along the Line of Actual Control,” a readout issued by the Canadian PMO stated.

Canada has also been on the receiving end of Chinese aggression since a senior Huawei executive was detained in Vancouver in 2018, leading to impositions of unofficial economic blockages by Beijing and the arbitrary arrest of two Canadians, including a former diplomat, with a third being sentenced to death by a Chinese court.

Meanwhile, the Indian readout did not mention the section of the conversation relating to the situation along the LAC.

Trudeau’s call was among a series he made to leaders of various nations seeking support for Canada’s candidacy for a non-permanent seat on the United Nations Security Council, elections for which was due on Wednesday. He also contacted the leaders of Mexico, Spain, Ethiopia, Angola, Saint Vincent and the Grenadines and Pakistan Prime Minister Imran Khan.

While India is almost assured of being elected, Canada faces a stiff challenge from Ireland and Norway, as the three countries compete for two seats from the Western European and Others group. This may have been a last gasp effort by Trudeau to secure India’s backing even though New Delhi appears to be going by the reciprocal arrangement already arrived at with Ireland and Norway even before Canada entered the fray.

Impact of the Covid-19 pandemic was part of the conversation, as Trudeau “highlighted the need for continued international coordination, including through multilateral institutions, to fight the pandemic and promote sustainable economic growth.” The Indian statement said the leaders agreed that the two nations could be “a force for good in the post-Covid world.”

PM Modi “warmly appreciated” the assistance provided by Canada in facilitating the repatriation of Indians stranded in the country, while Trudeau reciprocated as New Delhi helped in the process of brining Canadians back home from India.

They also “agreed that as large economies wedded to democratic values, India and Canada have a natural convergence on many global issues” and “looked forward to continuing to work together to strengthen the dynamic and mutually beneficial Canada-India relationship.”