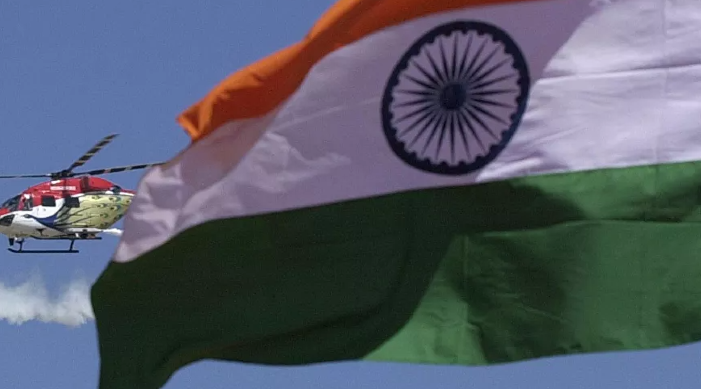 The pandemic has slowed down the world economy, but the fastest-growing economy, India, has been trying to pick up the pace to tap resources in untouched regions

One such area is Russia’s Far East, where India has announced a $1 billion line of credit.

The coronavirus outbreak has stalled development activity throughout the world; nevertheless, India and Russia are holding expedited consultations on investment and bilateral trade. An official at India’s External Affairs Ministry has revealed that experts and officials are interacting via videoconference to finalise plans to invest in Russia’s Far East Region.

“We are not letting things slowdown due to pandemic. On the issue of a first-ever credit line to a specific region in any country (One billion dollars for Russia's Far East), experts and officials are almost at the final stage to fix the terms and conditions for the investment,” the official, who does not want to be identified, told Sputnik.

“As the Far East region is rich in natural resources, India can benefit immensely. Timber, high-grade coking coal, and natural gas are major goods where India is looking forward to invest,” the official added.

During the Vladivostok Summit last year, the announcement of a $1 billion line of credit for the development of the Russian Far East was one of the highlights as investment in the unexplored region does not only have economic importance but is also viewed by many as a strategic move by India in the region, where several countries have tried to invest heavily.

“Investment in the Far East is also in India’s interest as we are discussing a new route — a Vladivostok-Chennai maritime route,” said the official while mentioning the alternative trade route bypassing the Strait of Hormuz, resulting in India’s increased presence in the South China Sea.

In this Jan. 23, 2006 file photo, indigenously developed medium range missiles Agni-I, left, and Agni-II, right, are displayed during Republic Day rehearsals, in the backdrop of the presidential Palace in New Delhi, India. India successfully tested a medium-range version of its most powerful nuclear-capable missile on Thursday, Nov. 25, 2010, as part of an army training exercise Defense Ministry spokesman Sitanshu Kar said. The upgraded Agni-1, with a 435-mile (700-kilometer) range, was fired from a testing range on an island off the eastern state of Orissa, Kar said.

The second transport corridor, the International North-South Transport Corridor that was announced way back in 2002, is also gathering momentum as countries (India, Iran, Afghanistan, Armenia, Azerbaijan, Russia) involved in the corridor discussed nodal persons, joint ventures, and the implementation of an E-TIR mechanism.

Revealing that the next meeting on the International North South Transport Corridor will be in Baku, Azerbaijan soon, the official said: “We are discussing creating a cargo firm that will take care of the transportation from the starting point to the destination to minimise the time of delivery.” He said the corridor will cut shipping time by 50-60 percent and transportation costs by 20-30 percent, compared to current prices.

When Russia consolidated its statehood in 1990 with the adoption of a new constitution and India opened its economy, in a move which has come to be known as economic liberalisation, the bilateral trade between the two countries totalled $2.3 million. This figure subsequently declined to $1.5 million by 1998 for several reasons, including the economic policy adopted by Russia.

India Purchasing American Air Defence System to Fill the Gap that Exists Despite S-400: WMD Analysts
However, with the signing of the “Declaration on the India-Russia Strategic Partnership” in October 2000 (during the visit of President Putin), Indo-Russian ties acquired a qualitatively new character with “enhanced levels of cooperation in almost all areas of the bilateral relationship including politics, security, defence, trade and economy, science and technology, and culture”.

For the past few years, India and Russia have been trying to enhance their trade volume with a new target of bilateral trade of $30 billion by 2025. The two countries also signed a five-year roadmap for cooperation in the hydrocarbon sector during the Vladivostok summit.

An Indian External Affairs official said 30 billion dollars in bilateral trade by 2025 is possible with the operationalisation of the two routes — the International North South Corridor and the Chennai-Vladivostok maritime route — and investment in the Far East.

Russian Ambassador to India Nikolay R. Kudashev had discussed the agenda of India-Russia engagements in the months ahead with Indian foreign secretary Harsh V Shringla on 2 June. The two sides also discussed regional issues of mutual interest, presumably the ongoing border stand-off in Ladakh between India and China.

“It is hard to stay emotionless when it comes to the rise of tensions between our good friends and partners. We are very hopeful for the situation at the LAC to become de-escalated,” Kudashev said in an interview to the Economic Times on Russia Day.

India, China Prepare for Long Haul as Satellite Images Show Heavy Troop, Vehicle Movement in Ladakh Making it clear that Russia will not interfere in the matter but is hopeful that the highest level of engagement in the framework of BRICS, SCO and RIC will expand mutual understanding and mutual “trust for the sake of stability and sustainable development, particularly in Eurasia”.

“Russia pursues the policy of trying to maintain good relations with all countries in Asia and therefore, when conflicts occur, they call for peaceful settlement of the conflict and they do not attempt to mediate unless both the parties invite them to mediate,” Nandan Unnikrishnan, a Distinguished Fellow at Observer Research Foundation in New Delhi told Sputnik.

While endorsing the capability, another senior government official in New Delhi told Sputnik that Russia has vast experience playing a stabilising role in Eurasia. “But Russia should have to very nimble. Even in matters related to India-China or with Pakistan,” the official added.