Over 10 lakh passengers, more than 11,500 flights in domestic aviation since May 25 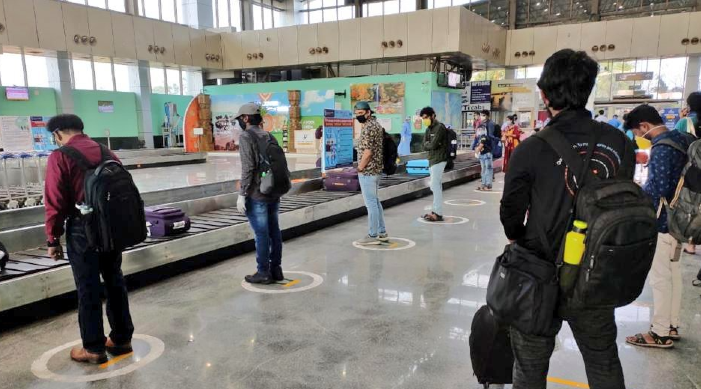 More than 10 Lakh people have now flown in over 11,500 flights since domestic operations recommenced on May 25

Union Civil Aviation Minister Hardeep S Puri took to Twitter on Saturday to highlight this landmark. He also provided details of the numbers till midnight on Friday.

According to the Minister, June 11 saw 65,339 flyers. The number of flight departures stood at 697; the corresponding figure for flight arrivals stood at 699.

The Ministry of Home Affairs had amended the lockdown guidelines on May 20 to allow domestic air travel by stranded passengers in India.

Through this amendment, the ministry dropped the ‘domestic air travel of passengers’ from the list of activities that were prohibited during that had come into effect from March 25. Domestic air travel was permitted from May 25 onwards.

The Union Civil Aviation Ministry began operations with about one-third of the usual number of flights on the first day, gradually scaling it up over the days.

According to official figures, 58,318 passengers flew to their destinations on 832 flights till midnight on the first day.

Detailed guidelines put in place for the resumption of domestic air travel included mandatory web check-in and a self-declaration/ Aarogya Setu App status. In-flight meals were prohibited and wearing face masks or face covers was made mandatory to be able enter an airport terminal.

After domestic flights operations were suspended during the lockdown, the Ministry of Civil Aviation had coordinated a large number of flights under Lifeline Udan to ensure the supply of essential commodities and medical supplies across the country.

Domestic cargo players like Indigo, Blue Dart, SpiceJet and Vistara had continued to operate commercial cargo flights during the lockdown.