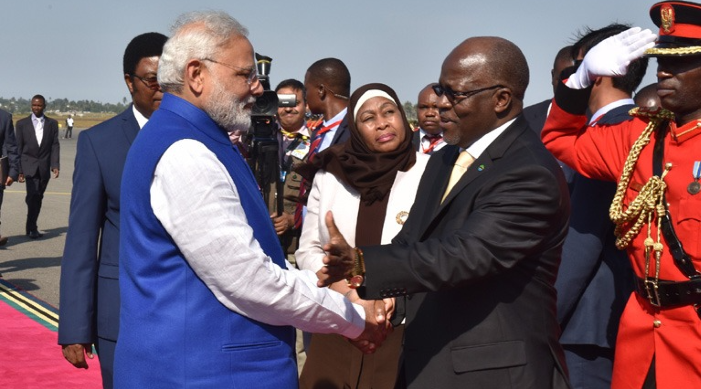 New Delhi, Jun 12 (PTI) Prime Minister Narendra Modi and Tanzania President John Pombe Joseph Magufuli on Friday reviewed the bilateral relations between the two countries and discussed possibilities of further accelerating the ties. They expressed satisfaction at the growing development partnership, educational linkages, trade and investment flows between India and Tanzania, and discussed possibilities of further accelerating these trends. During their telephonic conversation, Modi recalled his July 2016 visit to Dar-es-Salaam and stressed on the importance that India attaches to its traditionally friendly ties with Tanzania, an official statement said.

The prime minister reiterated India's commitment to partnering Tanzania in its development journey, as per the aspirations and needs of the Tanzanian government and people. Modi thanked President Magufuli for the assistance provided by the Tanzanian authorities in evacuation of Indian citizens from the country in the wake of COVID-19. Modi conveyed his best wishes to President Magufuli and the people of Tanzania for the presidential and parliamentary elections there later this year.

'Had a good talk with President @MagufuliJP on all aspects of our friendly relations with Tanzania. Also thanked him for taking care of Indian community in Tanzania during the COVID-19 crisis,' Modi later tweeted.

India is committed to remain a reliable partner for Tanzania's development journey, the prime minister said.