Will India be an 'activist' in UNSC? 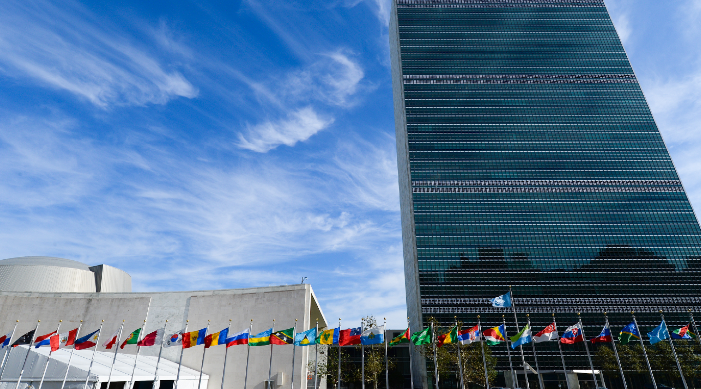 India is set to enter the UN Security Council as an 'elected' member for a two-year term. Victory is assured in next week's election because India is running unopposed for the Asia-Pacific seat, the only question being the margin of victory.

India's UNSC term runs January 2021 to December 2022, a time sure to be marked by profound change, great power competition and possible realignment. But it's also a time to push, generate valuable discussion and prove India's 'vishwa guru' credentials. It will be India's eighth innings in UNSC and, perhaps, the most challenging. It needs 129 votes of the 193 votes to win in the UN General Assembly. Whether it improves last time's record of 187 votes remains to be seen.

First, it's important to use the term 'elected' instead of 'non-permanent' to describe India's entry, because 'while elected members are chosen by a democratic ballot with twothirds majority, none of the existing five non-elected members have undergone such a democratic scrutiny so far since 1945,' Asoke Mukherji, India's former UN permanent representative, told me. It was during his tenure that the path to India's uncontested nomination became clear.

Mukherji's point is pertinent. It segues nicely into India's aim to reform UNSC and make it more representative. When, or whether, UNSC will expand to include a democratic nation of 1.3 billion people is anyone's guess. But it's important to keep pushing.

Given Prime Minister Narendra Modi's love for acronyms, this time the goal comes riding on a vehicle called NORMS, or New Orientation for a Reformed Multilateral System. Interesting, especially since there is trouble with 'INCH Towards Miles,' or India-China Towards a Millennium of Exceptional Synergy, given the border situation. Hopefully, the Chinese incursions will have been sorted out by the time India's envoy sits in the same room as China's ambassador.

Indian diplomats are confident their hard work in Africa and in the Arab world will be remembered on voting day. As for the difficulties created with regard to Article 370 and Kashmir, most countries consider it a matter to be resolved bilaterally between India and Pakistan.

Most countries value New Delhi's perspective because they believe In-dia as a developing country brings a nuanced position and offers solutions they can accept. India has extended $7 billion in lines of credit, $700 million in grants, and $1billion in buyer's credit to African countries in the last 4-5 years, apart from assigning thousands of slots for IT training and scholarships. Add to that India's medical aid during the Covid-19 pandemic, and 35 visits at the level of PM, president and vice- president apart from ministerial trips, to African countries in recent years.

Foreign Minister S Jaishankar said that an unreformed and under-representative multilateral system can't effectively deal with new or persistent challenges — Covid-19 and terrorism. Incidentally, both have a Chinese flavour, one infused globally, the other regionally. A multilateral system designed last century can't effectively deal with the current disorder.

Change is essential, and it's time to counter countries whose main business is to block and prevent others from playing a bigger role. Also, the US must decide how it wants to play. US disengagement over the last 10 years has only helped China gain influence within the UN and beyond. The US should help UN evolve, even as Washington gets busy creating 'circles of trust' with 'like-minded countries' outside.

That means the US-European alliance must be healthy. But Europe is pulling in a different direction while in awe of Beijing. European nonalignment will be costly, because the US-China Cold War will remain a feature, no matter who wins the White House in November. The western alliance could push for UNSC expansion, instead of paying mere lip service. The only permanent member that doesn't want change is China.