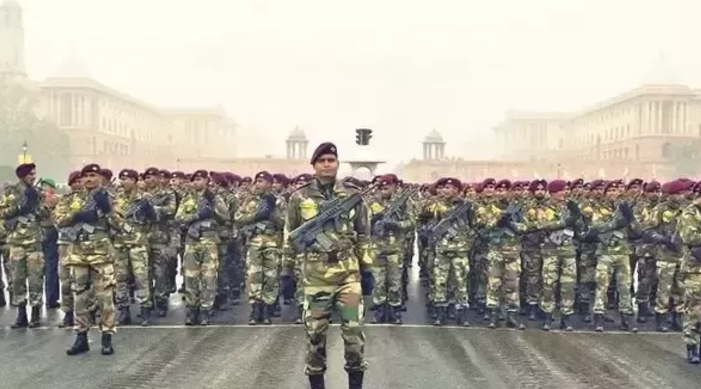 For the first time, a Chinese strategic expert has complimented strength and strategic importance of mountain troops

Mountain brigades being raised by India are mostly meant for the Chinese border, especially the Tibetan plateau, and it is perhaps the first time a Chinese military expert publicly complimented their strength and strategic importance.

In the midst of the ongoing border standoff in Eastern Ladakh, the Indian Army won a rare public compliment from a Chinese military expert who said India has the world's largest and experienced plateau and mountain troops equipped with some of the best weapons suited for such terrain in the Tibetan border.

"At present, the world’s largest and experienced country with plateau and mountain troops is neither the US, Russia, nor any European powerhouse, but India," Huang Guozhi, senior editor of Modern Weaponry magazine, wrote in an article published by China’s thepaper.cn on Tuesday.

His remarks have come after Indian and Chinese armies undertook a "symbolic disengagement" in a few areas in eastern Ladakh in a demonstration of their intent to end the border standoff peacefully ahead of another round of military talks on Wednesday. Both the armies remained engaged in aggressive posturing in areas such as Pangong Tso, Daulat Beg Oldie and Demchok.

Mountain brigades being raised by India are mostly meant for the Chinese border, especially the Tibetan plateau, and it is perhaps the first time a Chinese military expert publicly complimented their strength and strategic importance.

"With more than 200,000 troops in 12 divisions, the Indian mountain force is the largest mountain fighting force in the world," Huang wrote.

Huang said that since the 1970s, the Indian military has established and expanded the size and personnel of the mountain troops on a large-scale, and also plans to create a mountain strike force of more than 50,000 troops.

"Mountaineering is an essential skill for almost every member of the Indian mountain army. To this end, India even recruited a large number of professional mountaineers and amateur mountaineers from the private sector," he said.

Referring to the Indian Army’s presence in the Siachen glacier, he said "the Indian Army has set up hundreds of outposts in the Siachen Glacier area with an altitude of more than 5,000 metres, with 6,000 to 7,000 fighters stationed. The highest post has reached 6,749 metres."

The Indian military is equipped with a large number of weapons adapted to the highland and mountain operating environment through procurement and domestic research and development, he said.

The Indian military has also spent heavily on advanced heavy equipment from the United States, including the M777, the world’s lightest 155mm towed howitzer, and the Chinook heavy transport helicopter that lifts the gun, to boost its fire support and anti-armour capabilities", he said.

"In addition, there are many conflicts and differences between the Indian Army and the Indian Air Force. This has also led the Indian Army to decide to equip its own US-made AH-64E Longbow Apache attack helicopters instead of relying entirely on airfield support from the air force," Huang wrote.

Highlighting the difficulties for the troops, Huang said the mountain region, especially the plateau mountain region, is the most severe and difficult operational environment recognised by all countries in the world.

In this environment, combatants must not only do their own warm protection, but also prevent acute altitude sickness such as cerebral pulmonary edema due to low pressure and hypoxia, he said.

About the “shortcomings" of the Indian armed forces, he said the Indian military, for example, is not yet fully self-sufficient in weaponry. “Especially when India procures large quantities of advanced light weapons using Western calibre, ammunition supply becomes a big problem", he wrote.