China signals: Ensure differences do not escalate into disputes 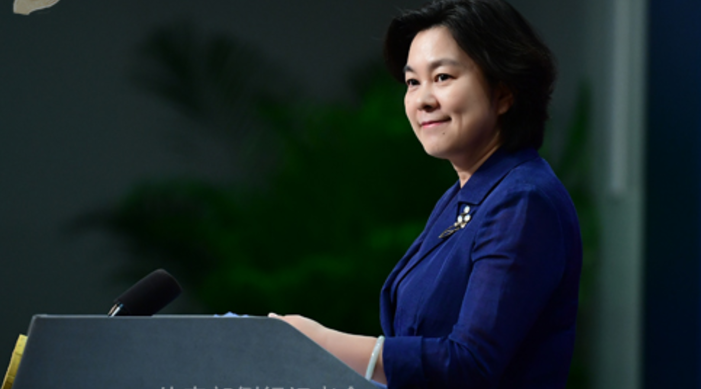 In first remarks on the June 6 meeting of Indian and Chinese army commanders over the tense situation along the Line of Actual Control (LAC) in eastern Ladakh, Beijing on Monday said both sides agree that there is need to implement the “consensus” among the leaders of the two countries, and ensure that “differences do not escalate into disputes”.

China’s Foreign Ministry spokesperson Hua Chunying said the “two sides will work to maintain peace and tranquility along the border and create a good atmosphere”.

She said, “the situation overall is stable and controllable, and the two sides are ready to engage in consultation to properly solve the relevant issues”.

Noting that “diplomatic and military channels of the two sides have maintained close communications on the situation along the border”, Hua Chunying said: “One consensus is that the two sides need to implement the two leaders’ consensus and make sure that differences do not escalate into disputes.”

This was a reference to the directions and strategic guidance given by Chinese President Xi and Prime Minister Narendra Modi after their informal summits in Wuhan and Mahabalipuram, asking their militaries to undertake more confidence-building measures to maintain peace and tranquility along the borders.

The Indian government’s statement on the Joint Secretary-level videoconference on June 5 also underlined that “the two sides should handle their differences through peaceful discussion bearing in mind the importance of respecting each other’s sensitivities, concerns and aspirations and not allow them to become disputes” — a consensus forged in Astana in June 2017 and re-emphasised in Xiamen in September that year after the Doklam crisis was resolved.

Border talks came a day after New Delhi signalled it was prepared for the long haul, saying “the two sides will continue the military and diplomatic engagements to resolve the situation and to ensure peace and tranquility in the border areas”.

Meanwhile, China’s Global Times, which echoes the views of the ruling Communist Party of China, said the ongoing border issue between China and India “will not likely escalate into another Doklam standoff”.

It did, however, note that due to the complexity of the situation, the military standoff could continue a little longer.

In a separate article, the Global Times reported that the “rise of anti-China sentiment in India is due to Indian nationalists’ attempt to deliberately smear and defame China… that calls to boycott Chinese products are likely to fail as these items, which have become pervasive in Indian daily life, are difficult to replace”.