"Hopeful There Will Be A Meeting": Nepal Repeats Talks Offer To India 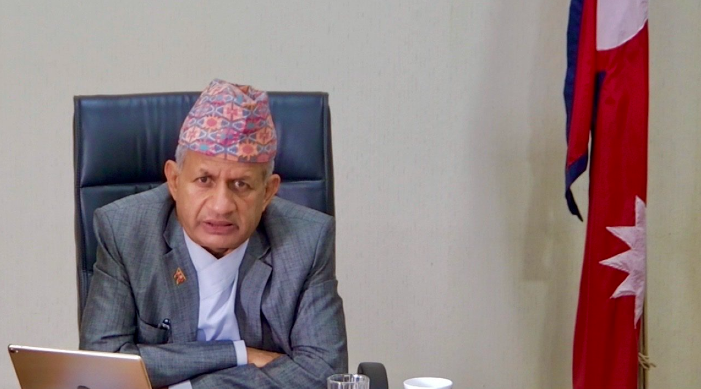 Speaking in Parliament, Nepal Foreign Minister Pradeep Kumar Gyawali said that Nepal is hopeful there will be a meeting to resolve the matter

Nepal on Tuesday reiterated its offer to hold diplomatic talks with India to resolve the territorial issue between the two countries.

Speaking in the country's parliament, Nepal Foreign Minister Pradeep Kumar Gyawali said that Nepal was hopeful there will be a meeting to resolve the matter.

"So, we have been requesting them (India) timely and we are hopeful that there will be a meeting. We are confident that it would be resolved through dialogue, we are not thinking of any other options regarding it. I do not think that another approach would also be necessary because we have not asked them for and we do not have any desires for additional geographies," Mr Gyawali said.

Tensions have been mounting between the two countries after New Delhi inaugurated a road linking Kailash Mansarovar via Lipulekh on May 8 after which Kathmandu handed over a diplomatic note to New Delhi objecting to the move.

Diplomatic ties were further strained after the issuance of a newly updated map by Nepal on May 20. The controversial updated map includes Indian areas of Kalapani, Lipulekh and Limpiyadhura in its territory. India has said that the updated map is "not based on historical facts and evidence."

New Delhi asked Kathmandu to refrain from such an "unjustified cartographic assertion" and respect India's sovereignty and territorial integrity.

New Delhi also said that it is open to engaging with all its neighbours on the basis of mutual sensitivity and mutual respect in an environment of trust and confidence.

Formal discussion over the tabled amendment bill in the Nepal parliament started today.

The House of Representatives or the lower house of Nepal has 275 seats out of which, ruling NCP has 174 seats and runs out of 10 seats for two-third majority. Main opposition Nepali Congress in last parliamentary election won 63 seats and Janata Samajbadi Party has 34 seats.

Last week, the tabling of the bill was taken off the schedule as Nepali Congress asked for time to decide over the issue through Central Working Committee meeting which commenced on Saturday.