China defends its action in fighting Covid-19, saying it informed WHO about virus in January 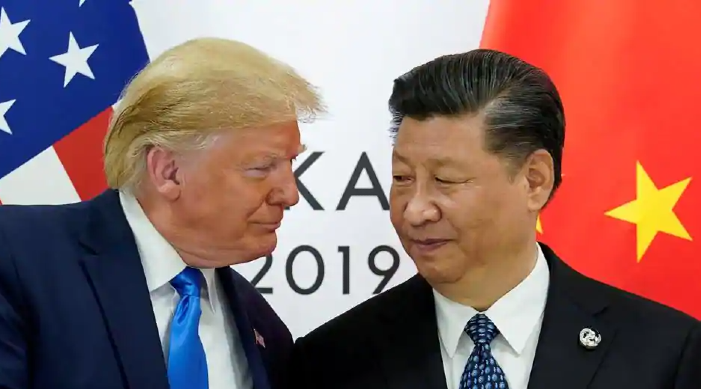 China has defended its actions in fighting the coronavirus outbreak in a lengthy white paper which said Beijing wasted no time in sharing information on the virus with the WHO and that the Chinese Centre for Disease Control informed its US counterpart about the unknown virus as early as January 4.

The coronavirus disease first emerged from the central Chinese city of Wuhan late last year before rapidly spreading within the country and then globally.

National health commission, Ma Xiaowei, said: “The Chinese government did not delay or cover up anything”.

“Instead, we have immediately reported virus data and relevant information about the epidemic to the international community and made an important contribution to the prevention and control of the epidemic around the world,” Ma said at the release of the official document in Beijing on Sunday.

US President Donald Trump’s administration has accused China of cover-ups and lack of transparency regarding the pandemic. The US president has also made efforts to launch an international probe into the origin of the virus.

Beijing has repeatedly denied Trump’s allegations, saying it kept the world informed from the start, and adding that it was in favour of a WHO-led probe after the pandemic was over.

The white paper, an official government document, said researchers from a high-level expert team organised by China’s top national health body confirmed that the coronavirus was transmissible among humans at midnight on January 19.

The report, which is more than 60 pages long, praised China’s success in reducing the daily increase in new cases to single digits within about two months and the “decisive victory ... in the battle to defend Hubei Province and its capital city of Wuhan” in about three months.

It said the medical cost of all the coronavirus patients in China totalled 1.35 billion yuan ($191 million) as of the end of May.

The document said it was on December 27 that the Hubei Provincial Hospital of Integrated Chinese and Western Medicine reported cases of pneumonia of unknown cause.

By December 31, the Wuhan city health commission (WCHC) confirmed 27 cases and urged “…the public to stay away from enclosed public places with poor ventilation and venues where large crowds gathered. The commission also suggested the use of face masks when going out”.

The head of the Chinese Centre for Disease Control and Prevention briefed his US counterpart by phone on the then-unknown virus as early as January 4, which was followed up by another phone conversation on January 8.