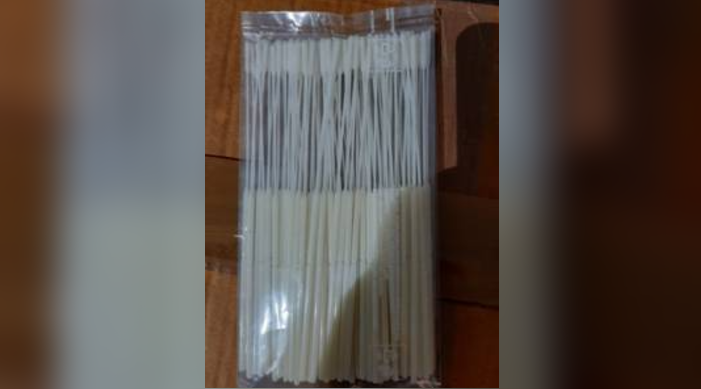 At the time when supplies of quality nasopharyngeal (NP) swab, a medical device which is needed for collecting samples from the throat cavity of Covid-19 patients, are not easy to get, the Pune-based CSIR-National Chemical Laboratory (CSIR-NCL) has developed an indigenous NP swab which is not only cost effective, but also fulfills stringent specifications of quality, polymer grade, dimensions and sterilization.

“Nasopharyngeal swab is a medical device with stringent specifications of quality, polymer grade, dimensions and sterilization. An NP swab consists of a cylindrical plastic stick with a brush-like tip of synthetic bristles/flocks,” the Ministry of Science and Technology said in a statement on Saturday.

“The flocking process helps align the fine bristles in a parallel orientation on the stick head, much like a toothbrush, except that this has round uniform geometry and the NP swab bristles are of micron diameter,” it added, saying the need for making available domestic technology for NP swabs was flagged by CSIR to NCL in mid-April.

It claimed that the NP swabs were produced by the NCL team of polymer science and chemical engineering scientists- which included Dr. Chandrashekhar V. Rode, Dr. Prakash P. Wadgaonkar, and Dr. Anuya A. Nisal in very short time.

“This is an excellent example of optimizing the polymer specifications and validating the chemical analysis of an urgently needed medical swab product in a very short time,” noted NCL Director Dr. Ashwini Kumar Nangia.

He also said that the NCL has transferred the process knowhow of indigenous NP swabs for sample collection to a Mumbai-based chemical company under the COVID-19 technology transfer guidelines of CSIR.

After confirming the correct chemical and polymer composition of NP swabs, their diameter, alignment of bristles, and sterilization method, the NCL has suggested the next regulatory pathway for approval of medical devices to the company. They will be able to produce 1 lakh NP swabs per day.