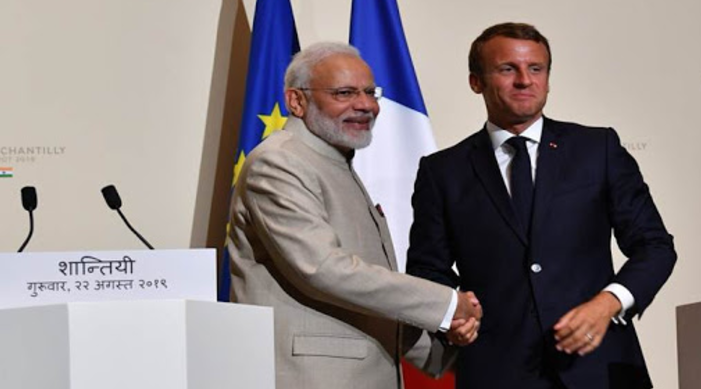 French President Emmanuel Macron has underscored the importance of cooperation with India for providing equitable access to all for diagnostics, treatment and immunisation amid the Covid-19 pandemic.

The matter figured in a letter written by Macron to Prime Minister Narendra Modi in the aftermath of the destruction caused by Cyclone Amphan in India, people familiar with developments said on Thursday.

On behalf of the French people, Macron conveyed his heartfelt condolences and his full solidarity, and offered to extend any support that India might consider necessary to come to the aid of those directly affected by the cyclone.

“The president also underscored the importance of the cooperation between the two countries at a multilateral level and the support that India will be in a position to extend to France’s actions initiated under the G20 as well as to the Access to Covid Tools - Accelerator (ACT-A) initiative, which will play a vital role in providing equitable access to all for diagnostics, treatments and immunisation,” said a person who declined to be named.

Following a phone conversation between the two leaders on March 31 regarding the fight against the Covid-19 pandemic, France and India have enhanced their training and research cooperation.

The French Development Agency has finalised a concessional loan of 200 million euros, which will bolster the World Bank’s efforts to provide additional social protection to the most vulnerable in India, the people cited above said.