Explained: Why Donald Trump wants India to be in G7 and what it means for us 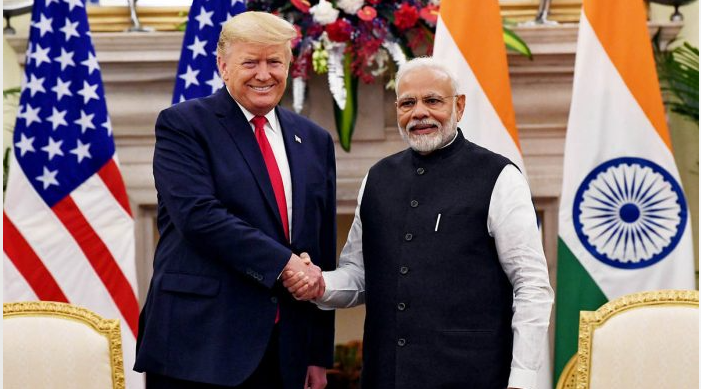 A multilateral body of the globe's most advanced economies formed in 1975, the G7 includes Canada, France, Germany, Italy, Japan, the United Kingdom and the United States

US President Donald Trump has advocated the expansion of the Group of Seven industrialised nations. The POTUS wants to invite Australia, South Korea, Russia and India to this year's G7 Summit, which has now been postponed until the fall.

The US has the rotating presidency of the G7 whose other member countries include the UK, Canada, France, Germany, Italy and Japan. The European Union also attends along with special invitees. The 46th Summit was due to be held through June 10-12 at Camp David in the US.

What did Trump say?

"I'm postponing it (G7 Summit) because I don't feel that as a G7 it properly represents what's going on in the world," Trump said on Saturday.

Trump called the grouping a "very outdated group of countries" in its current format while speaking with reporters on board Air Force One during his return to Washington from Florida.

A multilateral body of the globe's most advanced economies formed in 1975, the G7 includes Canada, France, Germany, Italy, Japan, the United Kingdom and the United States. The European Union started attending the Summit since 1977. With Russia's inclusion in 1997, the grouping was being referred as G-8 for a few years until Moscow was expelled after its annexation of the Crimea region of Ukraine.

The decisions taken at the Summit are non-binding but for long, the body was seen as a solid grouping of US allies with a dominant share in the global GDP, though the share has slipped over the past few decades to a low of 40 percent. The rise of China, India and several other emerging economies has tilted weight in favour of the G-20 and other regional groupings. The G20 now makes up around 80 percent of the global economy.

For one, the expanded G7 is seen as an attempt by the US to form a joint front against China. The US President has stepped up his criticism of the Asian powerhouse over a range of issues, from initially holding back information on the coronavirus outbreak to its actions on Taiwan and changes in Hong Kong's special status.

Another reason is Trump has faced heat from other G7 members in the last two summits, for various controversial decisions taken by him such as pulling out from trade deals, the Iran nuclear deal as well as the Paris climate pact.

Angela Merkel, premier of Germany, considered as the second most powerful economy in the G7 after the US, has been at the forefront of that criticism. The German Chancellor even refused Trump's invite to attend in person the now deferred Camp David Summit.

Trump's "America First" policy and his attacks on key US allies over various trade and economic issues have created faultlines within the grouping. On top of that, his insistence on Russia's re-inclusion in the grouping has further added to the confusion over his policy stance.

What an expanded G7 could look like and significance for India

The participation and eventual inclusion of Australia, South Korea, Russia (not favoured by the UK) and India could certainly add more weight to the grouping's profile. However, with the exclusion of China, the world's second-largest economy and one of the fastest-growing large economies would make the group look incomplete.

Not just that, the G10 or G11 might end up looking like as a miniature version of the G-20, which comprises of Argentina, Australia, Brazil, China, India, Indonesia, Mexico, Russia, Saudi Arabia, South Africa, South Korea and Turkey along with G7 members.

As for India, this could be its second successive presence at the Summit as a special invitee, if Trump calls PM Modi at the upcoming Summit. Modi had attended the Summit hosted by France as President Emmanuel Macron's special guest.

Diplomatically, a seat at the high table could help New Delhi further its security and foreign policy interests, especially at the nuclear club and UN Security Council reform as well as protecting its interests in the Indian Ocean.