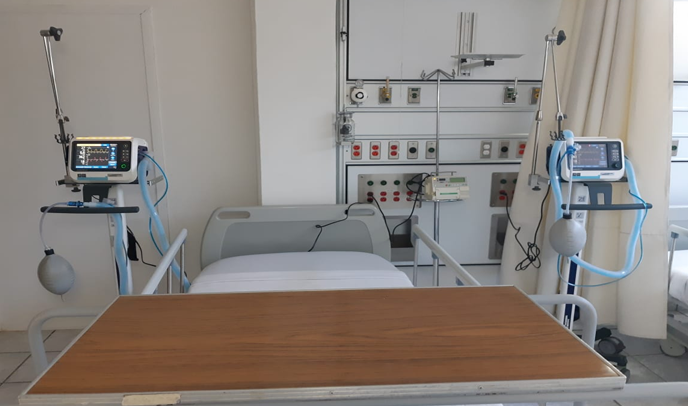 India is now the seventh among the worst-hit nations by the COVID-19 pandemic after the US, Brazil, Russia, the UK, Spain and Italy.

The US will ship next week the first batch of 100 ventilators it has donated to India to treat the coronavirus patients, President Donald Trump has told Prime Minister Narendra Modi during a conference call, the White House said.

President Trump spoke with PM Modi on Tuesday and "the two leaders discussed the G7 (summit), the COVID-19 response, and regional security issues", it said.

"The President was happy to announce that the United States would be ready to ship the first tranche of 100 donated ventilators to India next week," the White House said in a readout of the call.

India is now the seventh among the worst-hit nations by the COVID-19 pandemic after the US, Brazil, Russia, the UK, Spain and Italy.

Ventilators have emerged as a key medical device to treat critical coronavirus patients. Around 1 out of every 5 people who gets COVID-19 becomes seriously ill and develops breathing difficulty, according to the World Health Organisation.

A ventilator takes over the body's breathing process when a disease prevents the lungs from functioning. This gives the patient time to fight off the infection and recover.

Earlier, Prime Minister Modi in a series of tweets on Tuesday said that he had a warm and productive conversation with his "friend" Donald Trump.

"We discussed his plans for the US Presidency of G7, the COVID-19 pandemic, and many other issues," he said.

"The richness and depth of India-US consultations will remain an important pillar of the post-COVID global architecture," PM Modi tweeted.

President Trump spoke about the US presidency of the Group of Seven (G7), and conveyed his desire to expand the ambit of the grouping beyond the existing membership, to include other important countries like India.

"In this context, he extended an invitation to Prime Minister Modi to attend the next G7 Summit to be held in USA," said the Prime Minister's Office (PMO) in a statement in New Delhi.

PM Modi commended President Trump for his creative and far-sighted approach, acknowledging the fact that such an expanded forum would be in keeping with the emerging realities of the post-COVID world.

Prime Minister Modi said that India would be happy to work with the US and other countries to ensure the success of the proposed G7 Summit, the PMO said.

Expressing concern over the ongoing civil disturbances in the US, PM Modi conveyed his best wishes for an early resolution of the situation.

"The two leaders also exchanged views on other topical issues, such as the COVID-19 situation in the two countries, the situation on the India-China border, and the need for reforms in the World Health Organisation," the PM's Office said.

During the call, Donald Trump warmly recalled his visit to India in February this year. "Prime Minister Modi said that the visit had been memorable and historic on many accounts, and had also added new dynamism to the bilateral relationship," the statement said.

"The exceptional warmth and candour of the conversation reflected the special nature of the Indo-US ties, as well as the friendship and mutual esteem between both leaders," the PMO statement added.