Situation limping back to normal in Kashmir: foreign envoys 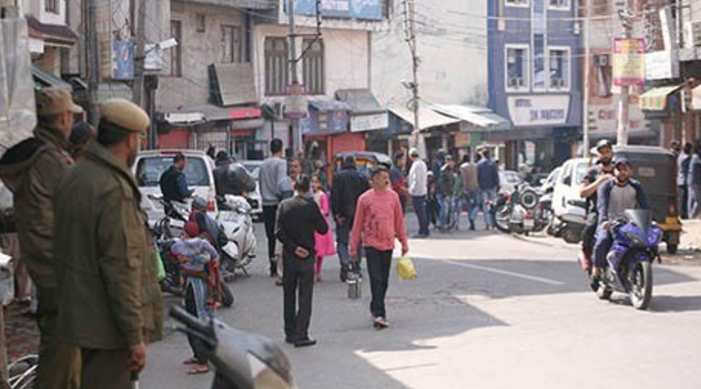 They said after their return to their countries, they would encourage people to visit Kashmir which is very peaceful, life is normal and people are doing their daily normal work

The 25-member foreign delegation, which visited the valley on Wednesday, said life is limping back to normal with people doing normal business and traffic plying on all routes, though people were facing difficulties due to suspension of high speed internet and broadband service since August 5, when the Centre scrapped Article 370 and divided the state into two Union Territories (UTs).

However, the Democratic Party Nationalist (DPN) president and former minister Ghulam Hassan Mir said that since the Union Government has allowed three foreign delegations, now it is time to allow Members of Parliament (MPs) and other leaders from different political parties to visit Kashmir to assess the situation after abrogation of special status of the state on August 5.

''During our day-long visit on Wednesday to Kashmir valley, including Shikara ride on the waters of world famous Dal Lake, we see people doing their normal activities in Srinagar,'' a group of delegation members said. The youths are in a good spirit and want to move forward, the members added. They said after their return to their countries, they will encourage people to visit the Kashmir valley which is very peaceful. The place is very friendly for foreign investments, they said. However, some of them said continued suspension of high speed internet and broadband was affecting the users. ''We saw life normal and people doing their daily normal work and transport plying on all routes,'' they said.

They said they met a number of local delegations besides some individuals. However, prominent traders association and others were not invited for the meeting with the delegation. The 25-member foreign delegation left for Jammu next day to assess the situation. They were briefed by top Army commander, civil administration and other security agencies about the overall security situation in the valley, particularly, efforts being made to send more militants into this side from Pakistan-occupied Kashmir (PoK). A trader, Abrar, said that visit of the delegation will not prove fruitful to people of Kashmir, who have suffered huge losses after the August 5 due to suspension of the internet. This may help the union government at International level, but these visits will hardly make any difference in Kashmir, he said.

About the announcement by foreign delegation members that they will help foreign investment and encourage their citizens to visit Kashmir, the trader said, ''Let us hope for the best. But, he said, the members of the delegation should in fact help to resolve the crisis.'' Mir said a visit of foreign delegation was a welcome step, but the Union Government should allow MPs and other leaders of the country to visit Kashmir.