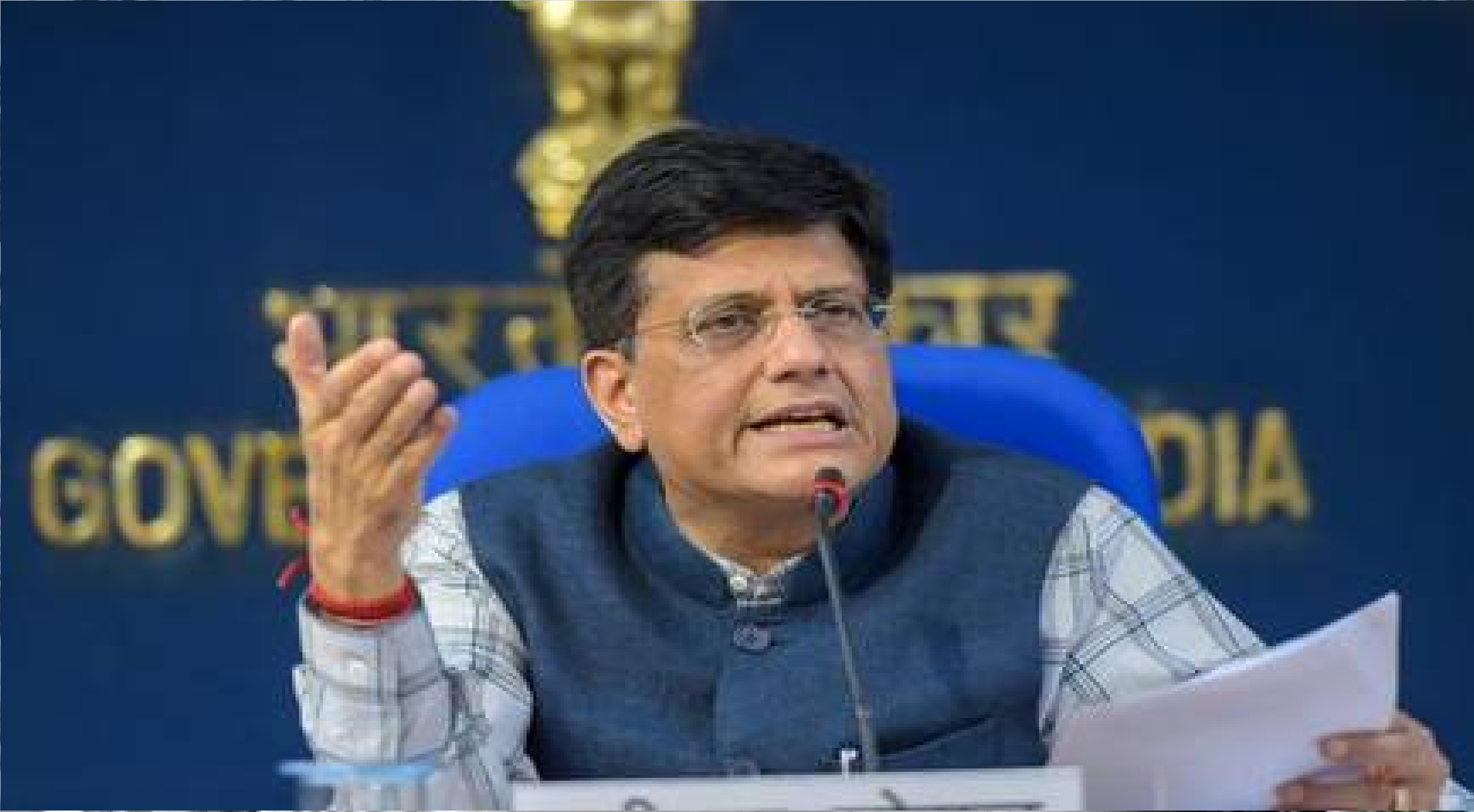 Goyal assured that all the issues raised by the industrialists will be appropriately addressed in a time-bound manner.

Union Minister of Industry and Commerce Piyush Goyal today said that Narendra Modi-led Government is according top priority to the development of the industrial sector in Jammu and Kashmir. Interacting with the industrialists, the Union Minister said: “industry is an important component of plans formulated by the Union government for the Union Territory of Jammuu anad Kaashmir.” He assured that all the issues raised by the industrialists will be appropriately addressed in a time-bound manner.

In a meeting with the industrialists of Jammu, Naveen Chaudhary, Principal Secretary, Industries & Commerce Department, presented a brief overview of industrial scenario highlighting sectors which have high scope for growth in the Union Territory of J&K like hotel industry, food processing, horticulture and agri processing etc. He also highlighted various incentives available to industries under Industrial Policy of J&K as well as Central Package under Industrial Development Scheme 2017, said the report.

Later, under the aegis of their respective associations put forth their issues which are hindering the growth of industry in the Union Territory of J&K. They said that due to the geographical location of the Union Territory of J&K the additional transportation cost of raw material and finished goods escalate the cost of production of their goods rendering them non competitive in the market, reported Daily Excelsior.

They also raised the issue of shortage of skilled manpower for their units and apprised the Union Minister that owing to these drawbacks, liberal incentives from Government of India can compensate the additional manufacturing cost to some extent and in this league the industry representatives thanked the Government for granting incentives under Industrial Development Scheme 2017 under which there is provision of incentives related to Capital Investment, Working Capital Loan, Income Tax, GST Employment and Transportation.

They, however, demanded removal of stipulation regarding capping these incentives to value of an investment in plant & machinery as the capping of these incentives cannot last for more than one year. Further they also requested for an extension for a period of fifteen years for incentives under IDS 2017.

Speaking on the occasion, Advisor to Lieutenant Governor K K Sharma stressed upon the need for creating requisite infrastructure in the shape of new industrial estates, skill development institutes like Pharmacy Colleges and Hotel Management and Catering Institutes which shall go a long way in addressing the issue of shortage of skilled manpower in J&K.

Anoo Malhotra, Director Industries & Commerce Jammu presented vote of thanks.
Meanwhile, Kashmir Chamber of Commerce and Industry (KCCI) asked the Centre to take steps for revival of businesses in Kashmir, saying the Valley’s economy has suffered losses to the tune of Rs 15,000 crore due disturbances in the wake of abrogation of Article 370 on August 5.

KCCI president Sheikh Ashiq Hussain, who was among the several trade bodies’ heads who also met Piyush Goyal urged the Government to restore interest services to businesses in Kashmir.

“I informed the minister about the estimated losses which are to the tune of Rs 15,000 core over the last four months,” Hussain said after the meeting.
He said the KCCI has prepared a report on business and job losses caused by the disturbances after the Centre revoked Jammu and Kashmir’s special status and divided into two union territories.

“We informed the minister that all the business sectors have been hit and industry leaders from all the sectors have given written representations in this regard to the chamber. A comprehensive report will be submitted to the Lieutenant Governor very soon,” he said.

Hussain said the minister listened to the trade representatives patiently and asked them to send a copy of their report to him as well, Daily Excelsior reported.