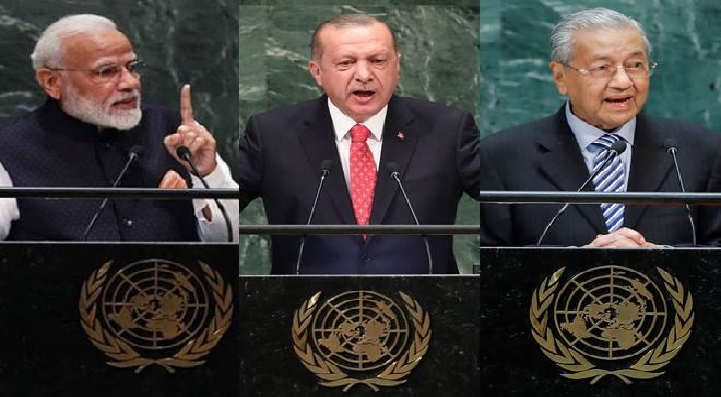 Diary Marif acknowledged that he personally learned democratic values, tolerance, dignity to minority communities and unity in diversities from India

Long and cherished history of freedom movements by various groups-communities-nations always attract journalists. Not without reason, the relentless struggle by the persecuted Kurdish people, who are spread all over the world, was of great interest when a top Kurd activist-writer talked of an integrated sovereign homeland for Kurds.

Interaction with Guwahati scribes to understand some parameters of their ongoing violent freedom struggle, this activist said, Kurds believe that they have no friends but the mountains and the Kurdish proverb can be comprehended going through their fight for a common homeland when four neighbouring countries, Turkey, Iran, Iraq and Syria, continue repressive actions against them.

A Muslim majority ethnic group, Kurds have been systematically intimidated by these regimes, said Kurd political analyst, who is based in Vancouver (Canada) and is a regular contributor to "The Pasewan", "Awene" weekly, daily "Hawlati", "Lvin", KNN Television etc., with a mission to gather support for establishing a Kurdish sovereign state carved out their habitat covering mountainous localities of the four nations of West Asia.

Diary Khalid Marif, interacting with a group of scribes at the Guwahati Press Club through video-conferencing, talked at length on the need to set up a homeland for 40 million Kurds, who are one of the world’s largest ethnic group, yet are without a state. He admitted that they have endless challenges ahead, but recalled, hundred thousand Kurdish freedom fighters had already sacrificed their lives for the cause.

Diary Marif revealed that there are over 20 million Kurds in Turkey. Even though their inhabitants are around 20 percent of the Turkish population, they are denied their ethnic identity. Torture, imprisonment and killings of Kurds are regular happenings. They cannot openly speak their Kurdish language. Moreover, he said, Kurdish names and costumes are banned.

Iranian Kurds, numbering nearly 12 million Kurds (around 17 percent of the population of Iran), suffer at the hands of the rulers of the Islamic Republic in Tehran. Arbitrary evictions of Kurdish families, restricted access to housing, education and health are primary issues for Kurds in Iran. In fact, an independent state for Kurdish people (Republic of Mahabad) existed inside Iran for some time in 1946, but soon Tehran crushed it.

In Iraq there are around six million Kurds (around 17 percent of the population) where they initially enjoyed no rights. By the 1950s, the Kurds got legitimacy in the Iraqi constitution. However, things changed. Uncounted number of Kurds were killed by various regimes in Baghdad. Iraqi dictator Saddam Hussein took the lead in massacring the Kurdish people.