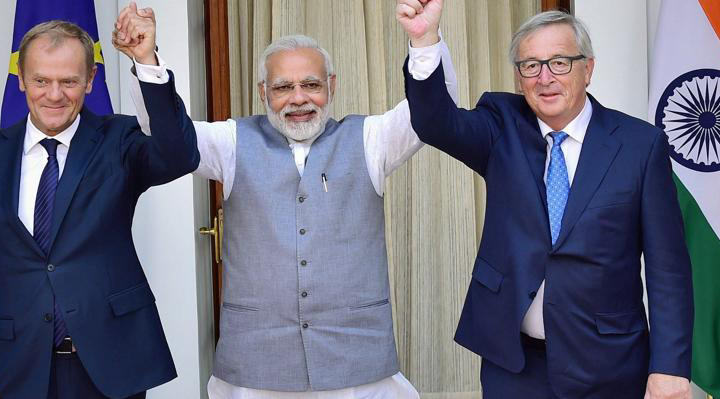 The Ministry of External Affairs has informed the Lok Sabha that several countries have agreed that matters related to Jammu and Kashmir are internal to the country following proactive outreach by the government in the backdrop of the decision to abrogate Article 370 of the constitution.“Consequent to government’s proactive outreach and briefing to the members of the international community on the facts relating to Jammu and Kashmir, countries have shown understanding that matters related to Jammu and Kashmir, which is an integral part of India, are internal to India,” the ministry told the Lok Sabha in a written reply on Wednesday.

These countries have called on Pakistan to not allow its territory to be used for terrorism in any manner, the MEA said. “They have also acknowledged that issues, if any, between India and Pakistan should be addressed bilaterally and peacefully,” the ministry stated. “As a result of the government’s efforts, Pakistan’s attempts to interfere in internal affairs of India; to present an alarmist situation of the region; and its abuse of international fora including United Nations, have been successfully and effectively thwarted,” the MEA claimed in its reply.

On August 17, 2019, Pakistan foreign minister announced a decision to establish ‘Kashmir cell/desks’ in Pakistan’s foreign office and missions abroad. The main objective of these cells/desks is to incite local people and to radicalise them through false propaganda, claimed MEA. “Government has urged other countries to realise the dangers posed by the so-called ‘Kashmir cells’ which openly incite violence and to take appropriate action against such ‘cells’ operating from their soil.”The MEA further pointed out that the government has taken note of some statements made by China, Malaysia and Turkey on Jammu and Kashmir. “The government’s consistent position has been that the Union Territories of Jammu & Kashmir and Ladakh are integral part of India. It has been conveyed that we expect these countries to not comment on the internal affairs of India, respect India’s sovereignty and territorial integrity, and develop proper understanding of the issue.”

India has categorically and unequivocally rejected Pakistan’s blatant misrepresentation of facts and fabricated narratives at international fora, including at the United Nations, according to the written reply. “The Indian delegation, in its Right of Reply delivered at the UN General Assembly on September 27, 2019, called out the hate speech made by the Prime Minister of Pakistan which justified terrorism and held out nuclear threats. Government has briefed members of the international community on Pakistan’s false propaganda, and its continued aid and abetment to cross-border terrorism against India, including in the Union Territory of Jammu & Kashmir.”