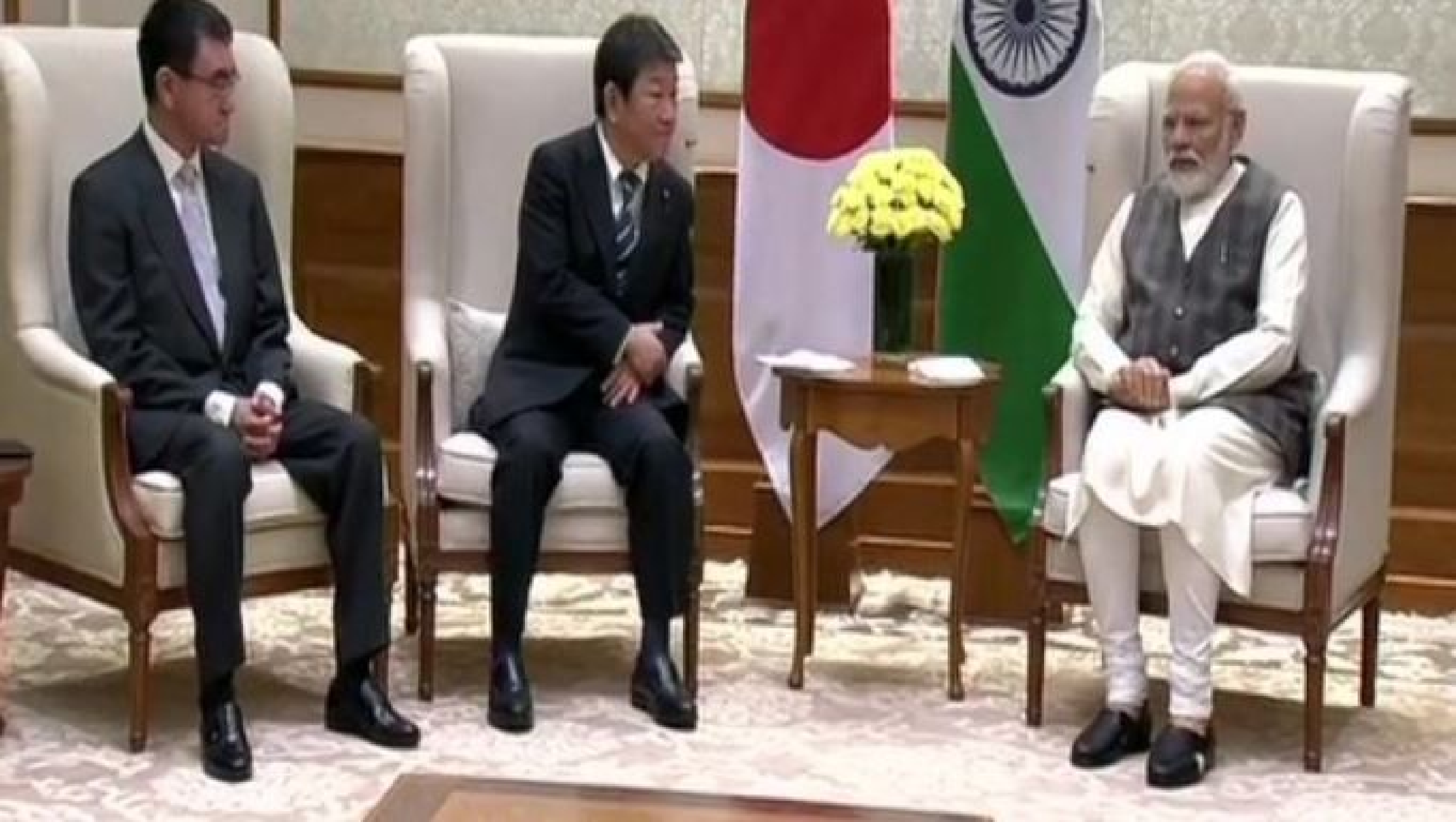 The Japanese ministers were on a visit to New Delhi to hold the inaugural meeting of India-Japan Foreign and Defence Ministerial Dialogue (2+2). Indian foreign minister S Jaishankar and his defence counterpart Rajnath Singh represented India at the meeting. The 2+2 followed a common goal set at the 13th India-Japan Annual Summit held in Japan in October 2018 between PM Modi and the Japanese premier Shinzo Abe.

During his interaction with the Japanese ministers, PM Modi underlined the importance of all-round development in Indo-Japan ties for the benefit of the two peoples, the region as well as the world. The regular high-level exchanges between the two countries, Modi mentioned, is a testimony to the depth and strength of the relationship between the two Asian countries.

Modi and Abe will meet again later this month at the next India-Japan Annual Summit to be held in India to take the bilateral ties further with Modi emphasising that India’s relations with Japan is a key component of India’s vision for Indo-Pacific for peace, stability and prosperity of the region, as well as a cornerstone of India’s Act East Policy.