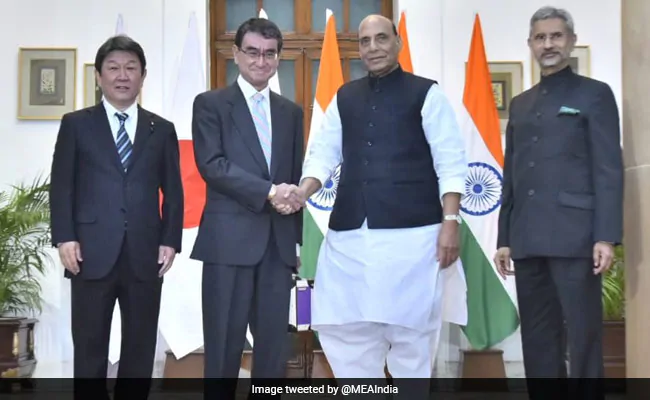 The inaugural foreign and defence ministerial dialogue has asked Islamabad to take “resolute and irreversible” steps against terror networks operating from its soil.

In strong words on Pakistan's sponsorship of terrorism, India and Japan in their inaugural foreign and defence ministerial dialogue, asked Islamabad to take “resolute and irreversible” steps against terror networks operating from its soil. The two countries called upon Islamabad to “fully comply” with its international commitments to deal with terrorism including the steps prescribed by the Financial Action Task Force (FATF). “The ministers underlined the need for all countries to ensure that all territory under their control is not used to launch terrorist attacks on other countries in any manner,” a joint statement said.

The direct reference to the Pakistan actions will please the Indian side and underline the limited effect of Islamabad's efforts to whip up Kashmir after the Indian decision to do away with J&K's special status. Defence minister Rajnath Singh and external affairs minister S Jaishankar led the Indian delegation while the Japanese side was headed by foreign minister Toshimitsu Motegi and defence minister Taro Kono. Since maritime security is a concern for both, the 2+2 was an occasion to reaffirm their commitment to the free and open Indo-Pacific.

India and Japan are close to concluding negotiations on ACSA (Acquisition and Cross Servicing Agreement) a logistics sharing pact that would allow both countries to access each other's naval bases.