India snubs China for trying to meddle in Kashmir 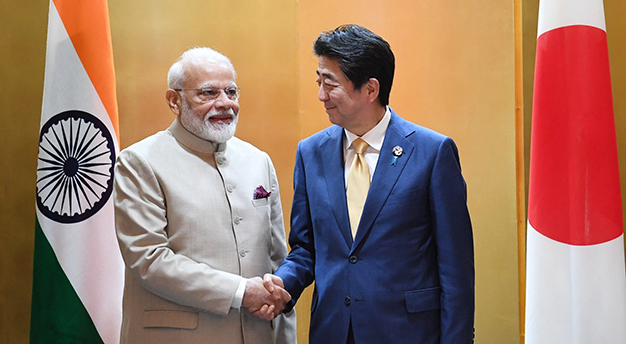 It is difficult to comprehend what made Pakistan announce its agreement with China on the eve of crucial Indo-Pak talks on Kashmir, wonders Claude Arpi, an India-based commentator on foreign affairs.

Soon after India reorganised the former state of Jammu and Kashmir (J&K) into the new Union territories (UT) of Jammu and Kashmir and Ladakh, China went ballistic. Geng Shuang, a spokesman of China’s ministry of foreign affairs, told the media: “China deplores and firmly opposes this.”

India’s external affairs ministry answered sharply: “We do not expect other countries, including China, to comment on matters that are internal to India, just as India refrains from commenting on the internal issues of other countries,” declared the ministry’s spokesman. Referring to the Shaksgam Valley, he pointed out that China had “illegally” acquired Indian territories.

In the new maps, the Leh district of Ladakh includes the districts of Gilgit, Gilgit azarat, Chilhas and Tribal Territory of 1947, in addition to the known areas of Leh and of course the Aksai Chin, occupied by China since the mid-1950s. Why is the mention of Shaksgam an issue for Beijing? An agreement was signed on March 2, 1963, between Pakistan and China about portions of Kashmir’s boundary with Xinjiang.

A secret note prepared by the MEA’s historical division mentioned that “any such agreement will be ab initio illegal and invalid and will not bind India in any respect”. The note observed that the preamble states that the parties have agreed to formally delimit and demarcate the boundary between Xinjiang and the contiguous areas of Pakistan; the latter based her right on the fact that these areas were under her “actual control”.

However, as the Indian note explained: “Under international law, the right of entering into treaties and agreements is an attribute of sovereignty. Furthermore, a sovereign cannot presume to exercise sovereign functions in respect of territory other than its own. Having regard to the UN resolutions of January 17, 1948, and August 13, 1948, and January 5, 1949, (UNCIP Resolutions) it is clear that Pakistan cannot (and does not) claim to exercise sovereignty in respect of J&K.”

The 1963 MEA note clarified that according to the terms of the UN Resolutions, “Pakistan cannot purport to exercise even ‘actual control’ over the defence of these areas”.

It quoted a statement of the United Nations Commission for India and Pakistan (UNCIP): “The Commission did not ignore India’s claim to the right to safeguard the security of the State, nor did it put into question the legality of the Jammu and Kashmir Government.” (UN Doc S/1430). In other words, the UN acknowledged the Instrument of Accession signed by Maharaja Hari Singh.

The legal conclusion was that “Pakistan’s claim to ‘actual control’ … can only mean that she has had recourse to a line of action which is illegal and inconsistent with the UN Resolutions, [it was] reaffirmed by her as late as May 2, 1962.” Occupying a land by force or war does not give the titles of that land to the occupiers.

The historical division commented further on Pakistan’s mala fides: “The conclusion of this ‘agreement’ amounts to compromising the sovereignty of the state of J&K, which Pakistan has no business to do; even though Article 6 of the agreement includes provision for its renegotiation after the final settlement of the Kashmir question.” It is strange that the governments of China and Pakistan announced the agreement on the eve of important Indo-Pak talks on Kashmir. China has been virtually seeking to exploit differences between India and Pakistan … to further its own expansionist policy.

Unfortunately, India did not have the wisdom to break the negotiations with Pakistan at that time, though the note pointed out that Delhi objected to Article 1 which said that the boundary in this region “has never been formally limited”; already on May 10, 1962, New Delhi had clarified that “the international boundary alignment in the sector west of the Karakoram Pass of the boundary of J&K state of India follows well-known natural features — has been recognized in history for all these years.”

The conclusion was that Pakistan, by her own admission as well as by the UN resolutions, “has no right to act on behalf of any part of J&K. The UNCIP has clearly recognized the legality of the J&K government and the right of India to safeguard the security of the state;” it was just an attempt by Pakistan to formally legalize her control over the northern areas of J&K.

Sir Owen Dixon, who in 1950 had been nominated by the UN as the official mediator between India and Pakistan for Kashmir, had termed Pakistan’s action as “inconsistent with international law”.