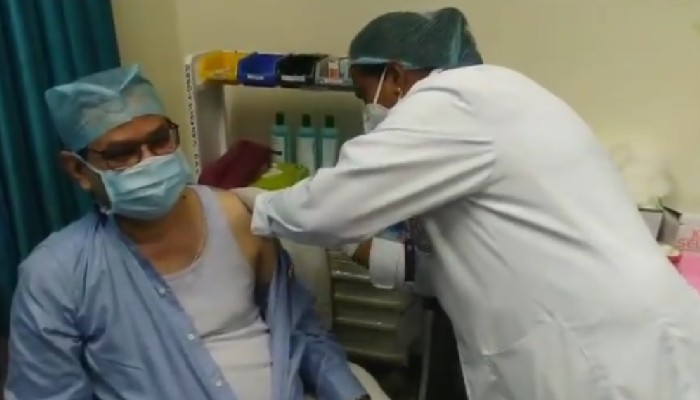 Unable to stomach the growing global appreciation for India as it provides Covid-19 vaccines to many other countries, Chinese state-owned media has begun a smear campaign questioning its manufacturing capacities and ability to produce effective vaccines.

A recent article in China's Global Times has mischievously sought to create doubts about India's vaccine capabilities. This appears to be a clear attempt to deflect criticism about China’s own vaccine, which has been virtually rejected by several countries while made in India vaccines continued to be supplied across the region.

We look at some of the points sought to be made by Global Times and rebut them with facts and figures.

The article was published after a fire broke out at a Serum Institute of India (SII) building in Pune, Maharashtra, on January 21.

The article said: “Observers and netizens questioned India's capacity to manufacture and produce high-quality vaccines after a fire ravaged a plant at India’s biggest vaccine maker and caused five deaths on Thursday”.

The article also quoted analysts saying that “as the accident occurred at India’s largest vaccine manufacturer, it may affect people’s confidence in high-quality vaccine production”.

While it is a fact that there was a fire at one of the buildings of the SII in Pune, it is completely wrong to say that this will have an impact on the pharma firm's vaccine manufacturing abilities.

Here are three key facts related to the fire:

1. The fire broke out in one of the many buildings in the SII campus at Manjiri, near Pune.

2. Given the importance of the project, SII had already kept multiple production buildings in reserve in case of such contingencies.

3. This particular building, however, housed a division that is involved in developing the BCG vaccine, and not the Covid-19 vaccine.

It is, therefore, absolutely clear that while an SII building did suffer damage in the fire, this will have no impact whatsoever on the production of Covishield, or the Oxford AstraZeneca vaccine that is manufactured by the Indian firm.

Similarly, the article’s claim that the fire may affect people’s confidence in high-quality vaccine production is too wild to be taken seriously.

The Global Times article goes on to quote Tian Guangqiang, an assistant research fellow with the National Institute of International Strategy at the Chinese Academy of Social Sciences, as saying, “Many companies do not have the capacity to produce qualified vaccines…”

Such sweeping generalizations only highlight the Chinese state-owned media’s inability to make valid points to justify its stand.

Two Covid-19 vaccines have been issued Emergency Use Authorisation (EUA) in India, after extensive trials and review of data by national regulators.

SII had applied for the EUA on December 7, on the basis of good results after completing the Phase Three clinical trials of Covishield.

The second vaccine to receive the EUA is Covaxin, manufactured by Bharat Biotech and the Indian Council of Medical Research (ICMR). The vaccine candidate has already undergone the first two phases of trials with satisfactory results.

This is what it had to say while authorizing the use of the vaccine manufactured by SII.

“The firm submitted safety, immunogenicity and efficacy data generated on 23,745 participants aged ≥ 18 years or older from overseas clinical studies. The overall vaccine efficacy was found to be 70.42%. Further, M/s Serum was granted permission to conduct Phase-II/III clinical trial on 1600 participants within the country. The firm also submitted the interim safety and immunogenicity data generated from this trial and the data was found comparable with the data from the overseas clinical studies”.

On the vaccine developed by Bharat Biotech, the committee said, “The firm has generated safety and immunogenicity data in various animal species such as mice, rats, rabbits, Syrian hamster, and also conducted challenge studies on non-human primates (Rhesus macaques) and hamsters. All these data has been shared by the firm with CDSCO. Phase I and Phase II clinical trials were conducted in approx.800 subjects and the results have demonstrated that the vaccine is safe and provides a robust immune response. The Phase III efficacy trial was initiated in India in 25,800 volunteers and till date, ~22,500 participants have been vaccinated across the country and the vaccine has been found to be safe as per the data available till date”

Hence, there is no question at all about the quality of the two vaccines that have been rolled out by India.

According to Global Times, India's vaccine production is not enough to match its ambition.

India took only six days to roll out the first 1 million doses of the vaccine. This was much faster than countries like the United Kingdom (18 days) and the United States (10 days).

The SII had a ready stock of 50 million vaccine doses when it received regulatory approval for use. Over the past few months, it has scaled up its facilities to a level where nearly 100 million doses can be produced every month. In fact, it has set a target of manufacturing 500 million doses of the Covishield vaccine by July 2021.

The Hyderabad-based Bharat Biotech, on the other hand, aims to produce 700 million doses of the Covid-19 vaccine Covaxin annually. It is in the process of setting up four manufacturing facilities for this purpose.

It is, therefore, clear that the shortage of Covid-19 vaccines that the Global Times alludes to is a figment of the publication’s imagination.