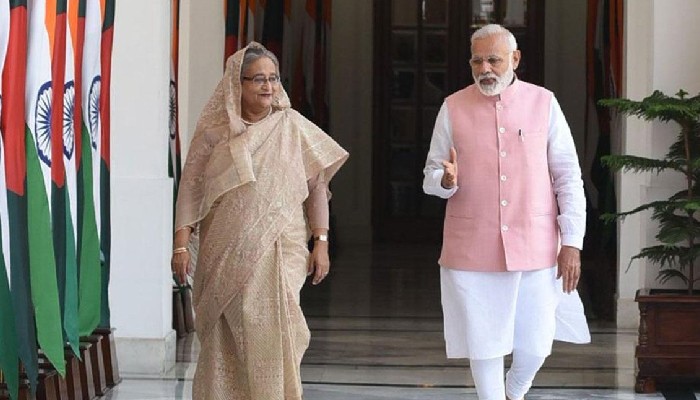 Prime Minister Narendra Modi will hold a virtual summit with his Bangladesh counterpart Sheikh Hasina on December 7. Both leaders are expected to hold discussions on furthering the bilateral relationship.

“A Virtual Summit will be held between Prime Minister Shri Narendra Modi and Prime Minister of Bangladesh H.E. Sheikh Hasina on 17 December 2020. During the Summit, the two leaders will hold comprehensive discussions on the entire spectrum of the bilateral relationship, including further strengthening cooperation in the post COVID era,” said a statement by the Ministry of External Affairs.

The virtual meeting between the Prime Ministers of both sides was discussed during the sixth Joint Consultative Commission meeting, held virtually, between External Affairs Minister S. Jaishankar and Bangladesh Foreign Minister Momen in September.

India and Bangladesh are friendly neighbors and the virtual summit is expected to further give a further impetus to the bilateral relations.

Both sides have continued to maintain regular exchanges at the highest level, the MEA statement said. Bangladesh PM Hasina paid an official visit to India in October 2019. PM Modi delivered a video message on the historic occasion of Mujib Borsho in March 2020. Both leaders have remained in regular touch during the COVID pandemic.

The past years have also seen increased cooperation between the two countries in trade and commerce, including the use of Bangladesh for the transit of goods to the Northeastern states.