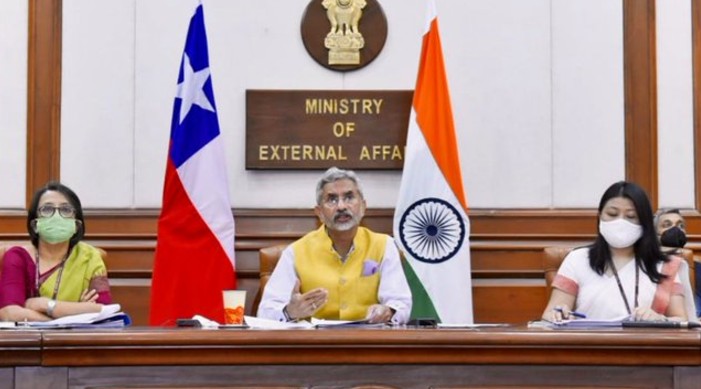 As comprehensive strategic partners, India and Australia are facing challenges from the growing aggressiveness of China in the Indo-Pacific region

Without elaborating about the conversation between the two leaders, S Jaishankar, wrote on his twitter handle, saying the two sides discussed several bilateral issues including their ‘current concerns.’

“Just finished a conversation with Australian FM @MarisePayne. Reviewed regional and global developments and discussed our current concerns,” he said.


On the other hand, Australian Foreign Minister Marise Payne described the conversation as a ‘valuable’ one and said that the Comprehensive Strategic Partnership between the two has guided them to counter regional challenges.

Payne also referred to the conversation between the two sides in Tokyo in October on the sidelines of the Quad meeting.

She wrote, “@DrSJaishankar & I had a very valuable discussion today following our meeting in Japan in October.”


Australia & India’s Comprehensive Strategic Partnership has guided our close cooperation on regional challenges during COVID-19. My friend @DrSJaishankar & I had a very valuable discussion today following our meeting in ???????? in October. ???????????????? @AusHCIndia @HCICanberra pic.twitter.com/RflE6XXnNw


In October, India and Australia participated in the Second India-Australia-Japan-USA Ministerial Meeting in Tokyo. Apart from being a forum for multilateral and bilateral relations, it was a follow up of their discussions in September 2019 and discussed the post Covid-19 international order.

According to the Ministry of External Affairs, the ministers called for a coordinated response to the challenges including financial problems emanating from the pandemic.

They had also discussed the need to share best practices to combat Covid-19, increasing the resilience of supply chains and enhancing access to affordable vaccines, medicines and medical equipment.

One of the most important issues was maritime safety and security. The minister reaffirmed their collective vision of maintaining a free, open and inclusive Indo-Pacific.

As far as the defence sector is concerned, India and Australia have come a long way in the past few years with this year emerging as a productive one for their relationship.

In fact, in June, both nations added another milestone by signing the Mutual Logistics Support Agreement (MLSA) which enabled them for a reciprocal access to military bases for logistics support.

The agreement also enables both nations to use bases of each other for repair and replenishment of supplies. The deal was signed during a virtual summit between Prime Minister Narendra Modi and Australian Prime Minister Scott Morrison.

Both nations also discussed the maritime cooperation between the two Indo-Pacific partners. The Leaders decided on a Shared Vision for Maritime Cooperation in the Indo-Pacific region to harness opportunities and meet challenges together as Comprehensive Strategic Partners.

The Australian Navy also participated in the last month held Malabar Joint Naval Exercise in which India, Japan and the US had participated.