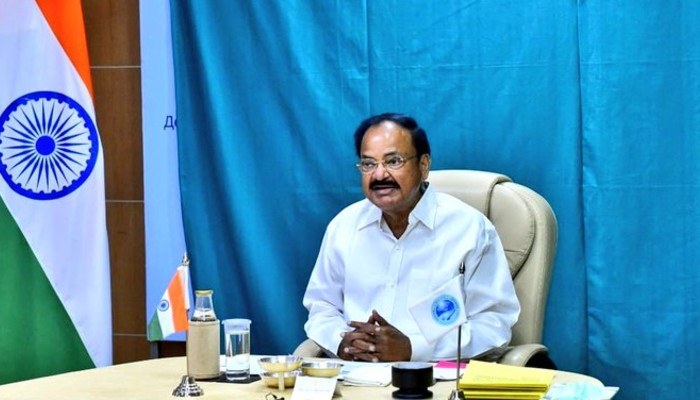 Vice President M Venkaiah Naidu on Monday obliquely took a swipe at Pakistan by stating that economic growth and trade can only operate in an environment of peace and security.

“Peace is the essential prerequisite for progress. The most important challenge faced by us in the region is terrorism, particularly cross-border terrorism. Terrorism is truly the enemy of humanity. It is a scourge we need to collectively combat,” the Vice President said in his opening remarks at the 19th SCO Council of Heads of Government summit.

“India condemns terrorism in all its manifestations. We remain concerned about threats emerging from ungoverned spaces and are particularly concerned about States that leverage terrorism as an instrument of state policy. Such an approach is entirely against the spirit and ideals and the Charter of the Shanghai Cooperation Organization,” the Vice President maintained, while obliquely hinting at Pakistan’s support to terrorism.

“Elimination of this threat will help all of us realize our shared potential and create conditions for stable and secure economic growth and sustainable development,” he added.

“We consider the SCO as an important regional group to promote cooperation in various fields based on universally recognized international norms, good governance, rule of law, openness, transparency and equality,” the Vice President said.

“It is unfortunate to note that there have been attempts to deliberately bring bilateral issues into SCO and blatantly violate the well-established principles and norms of SCO Charter safeguarding the sovereignty and territorial integrity of SCO Member States. Such acts are counterproductive to the spirit of consensus and cooperation that define the SCO as an organization,” he said.