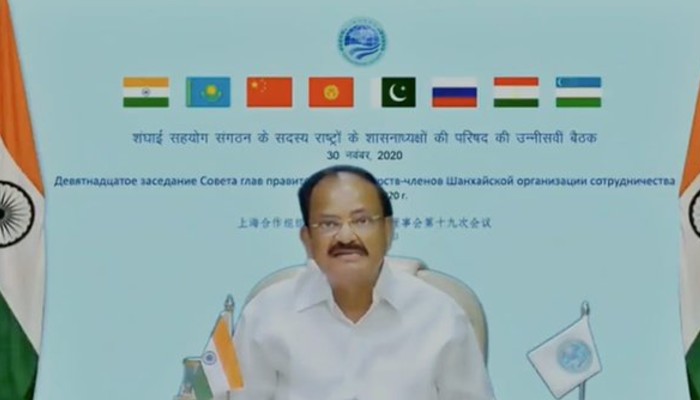 Vice President M Venkaiah Naidu on Monday spoke high of India’s economic strength by maintaining that the third largest economy of the world in PPP terms is expected to become $5 trillion by 2025.

“In 2019 Indian economy has reached around 2.8 trillion dollars. In PPP terms we are the third largest economy in the world. By 2025, India’s GDP is expected to reach $5 trillion and it will be the youngest nation with an average age of 29 yrs. With more than 1 billion mobile subscribers and over 600 million internet users, India has the potential to emerge as one of the largest digital ecosystems in the world,” the Vice President said in his opening remarks at the SCO Council of Heads of Government summit.

Held in the virtual format, this was the first SCO Council of Heads of Government meet which was chaired by India since becoming the grouping’s full member in 2017.

The Vice President said even as Covid-19 pandemic has slowed down the economic trajectory of all member states of the SCO, India has “bravely fought the global pandemic and has shown remarkable resilience in fighting the virus as well as in ensuring economic stability.”

Talking about strategy adopted to ensure the country’s stable economic growth, he said: “Atmanirbhar Bharat or Self-reliant India. It prioritizes building the national economic strength, resilience and enhanced capacities to be a trusted partner and a responsible global player. It recognizes the importance of reciprocity, transparency and fairness in the context of trade. It is gratifying that the Indian economy is steadily moving on the path of recovery.”