Chinese action in Ladakh resembles its activities in South China Sea: US Lawmaker 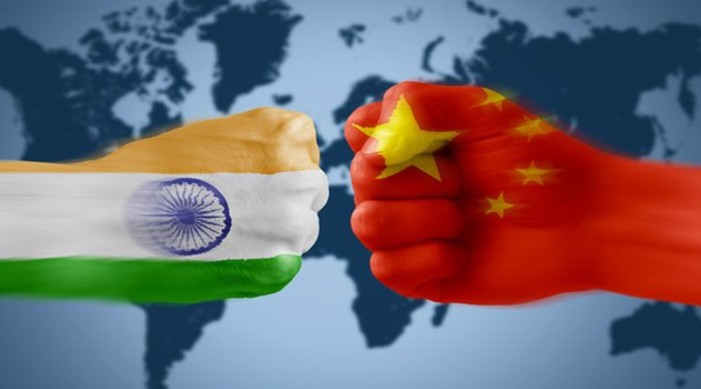 While China wants to emerge as a hegemon, the incoming Biden Administration of the United States stands with India

Calling the activity a ‘proactive measure’ on part of Beijing, US lawmaker and Democratic Congressman Raja Krishnamoorthi has said that it fits the pattern of its conduct in the South China Sea, a PTI report carried by The Pioneer has suggested.

“If it (reports) turns out to be true, it would be yet another provocative measure by the Chinese military to change the facts on the ground,” Krishnamoorthi said.

He said reports including satellite images are his source of information about Chinese construction activities.

The pattern also resembles their conduct in the South China Sea where China is busy building islands “where they try to change the facts as we previously understood them, and they would be deeply disturbing, to say the least,” he said.

China has been building military bases on artificial islands in the 1.3 million square mile region of the South China Sea which it claims to be its sovereign territory, the report said. The area is also claimed by Malaysia, Vietnam, the Philippines, Taiwan and Brunei, it added.

Not just that, China has been hindering any commercial activity like fishing and mineral exploration by these nations claiming a historical dominance over the region and violating a ruling by ITLOS.

Wanting to emerge as a hegemon in the South Asian region, China is using the same tactics against India. Both nations are locked in a military standoff since May, however, things took a nasty turn in June when troops from both sides clashed which resulted in heavy casualty on both sides in Galwan Valley.

Since then, India and China have held multiple rounds of talks to resolve the issue with China making fake promises but India is now climbing up the ladder in terms of diplomacy.

Krishnamoorthi, who was recently re-elected to the House of Representatives for the third consecutive time, said the US stands with India.

According to Krishnamoorthi who is also the first-ever Indian-American to be on the US House Permanent Select Committee on Intelligence, the incoming Biden Administration is pretty serious about the Sino-India issue.

“I have to say that we currently in the US Congress, but also the Trump and the incoming Biden administration stand by our Indian partners and the Indo-Pacific region,” he said.

In fact, the recently concluded Malabar exercise jointly undertaken by QUAD countries of India, Japan, Australia and the US shows that economies are working towards a rule-based South Pacific.

On many occasions, US President-elect Joe Biden and Vice President-elect Kamala Harris have shown keen interest in enhancing relations with India while condemning China for its deeds.

“They are going to continue the approach that has largely been taken by Democratic and Republican Presidents, which is, we stand with India in the region, and oppose any kind of militaristic action on the part of any neighbour, including China,” he said.

He added by saying, “I think his selection Kamala Harris only cements a relationship given her own Indian roots. Secretary of State-nominee Anthony Blinken is also a longtime friend of India. He knows the region extremely well. I trust that incoming Secretary Blinken is going to take the relationship to new heights, along with President Biden and Vice President Harris.”

Apart from that, if the world wants to fight the pandemic, it needs partnerships with India, he said.