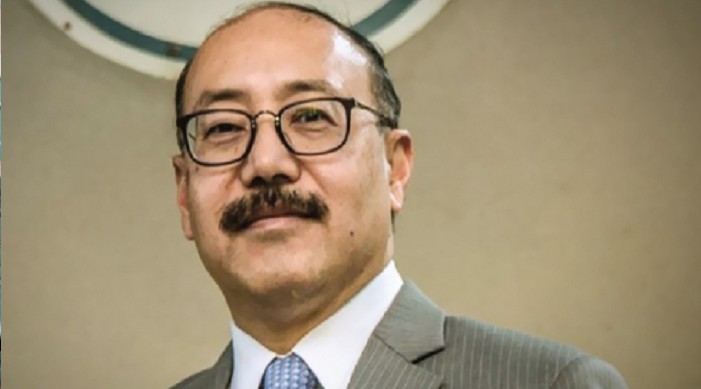 India has many development projects running in Nepal at present

Calling Nepal as an important part of ‘India’s Neighbourhood First,’ policy, Foreign Secretary Harsh Vardhan Shringla who is on a two-day visit to the Himalayan country on Friday said India-Nepal relations rest on four pillars of development cooperation, stronger connectivity, expanded infrastructure and economic projects and easier and enhanced access to educational opportunities in India for young people of Nepal.

Addressing the Asian Institute of Diplomacy and International Affairs (AIDIA) in Kathmandu, he said the Nepal-India relationship is intricate and exists in various paradigms.

“The structure that the pillars hold up that are also well-defined and unchanging, mutually beneficial for people to people contacts and in all of this technology particularly, digital technology to my mind is a force multiplier,” Shringla said.

India has many development projects running in Nepal presently. These include High Impact Community Development Projects implemented in the country with India’s support.

“These projects are tailored to meet the needs of the local community, create community assets and promote socio-economic welfare at the grassroots level,” he said.

Such development projects have been implemented in all 77 of Nepal’s districts and over a 100 of them have been completed since 2014, he added.

One such project is the Motihari-Amlekhgunj Petroleum Pipeline Project which is the first of its kind project in the region. It has created capacity to carry two million metric tonnes of petroleum products into Nepal.

“It has already led to savings of over Nepalese rupees 800 million for the country,” he said in his address.

To enhance the cross-border transport, the Jaynagar-Kurtha Railway Line project will also become operational soon. Once operational, people from India will be able to visit Janakpur in Nepal with much ease, he said.

“Tourism from India will be an important area of employment, commerce and opportunity and we want to promote it to the extent we can,” Shringla said.

Similarly, modern integrated check post at Birgunj and Biratnagar has resulted in a transformation of cross-border transmission of people and goods.

India has also helped Nepal in the restoration work of various heritage sites, he said. Since the earthquake of 2015 in Nepal, India has helped in restoration of at least 30 such heritage sites including Seto Machhendranath Temple in Kathmandu.

“We share the same geography, civilisational heritage, culture and customs. There are affinities in religious and spiritual traditions. Even food habits,” he said.

The Foreign Secretary also inaugurated three schools at Gorkha, the epicentre of the 2015 earthquake in Nepal. The schools have been built with Indian assistance. Shringla also handed over the Indian government’s COVID-19 related support to Nepal.

During the lecture, he also cheered several bilateral visits of the leaders of both nations. Over the past 6 years Prime Minister Modi has visited Nepal four times and Prime Minister of Nepal has been welcomed in India seven times. At the level of head of state or head of government, the leaders of the two nations have met 16 times, he said.

“Our bilateral calendar has never been busier,” Shringla said during the AIDIA Distinguished Lecture.

PM Modi’s visit to Nepal in August 2014 was the first at that level in 17 years. It injected a fresh energy into the relationship and created a steady stream of two-way travel, he said.