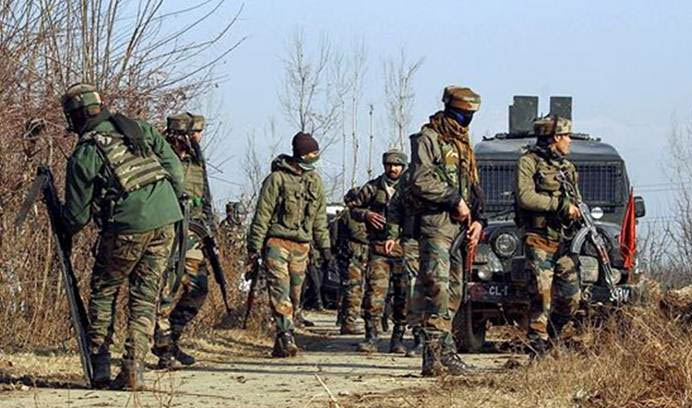 While India has presented concrete proof of Pakistan’s sponsorship of terrorism in India, Pakistan has had to manufacture it in dossiers

In one its many attempts to defame the country, Pakistan on November 14 released a dossier accusing India of fuelling terrorism in Pakistan in a series of allegations which on a closer look seem futile.

In a paper published by the Vivekananda International Foundation (VIF), Tilak Devasher has dissected some of the key allegations made by Pakistan in the dossier.

“By trying to paint India as a state sponsor of terror, the attempt is to create a narrative matching what India has been projecting about Pakistan for years. The difference, of course, is that while India has been able to present concrete proof of Pakistan’s sponsorship of terrorism in India, including Pak nationals and material, Pakistan has had to manufacture it in dossiers,” writes Devasher, who is a Consultant with the VIF.

According to the dossier, “India had become a rogue state and was indulging in state terrorism. India had four supposed objectives: putting obstacles in Pakistan's progress towards peace, economic instability, creating chaos and political instability in the country.”

One of the allegations said that India was trying to establish a consortium between the Tehreek-i-Taliban Pakistan (TTP) and various Baloch groups as part of its “grand design.”

Calling it an ‘incredulous allegation,’ Devasher asks a pointed question: How can someone establish a consortium of such disparate groups who are on opposing ends of the spectrum and mutually antagonistic? Both groups are opposite in their very formation.

Pakistan has also accused India of trying to sabotage the China Pakistan Economic Corridor (CPEC) by establishing a special cell in the Research and Analysis Wing (RAW) with the mission. Devasher effectively dismisses the allegation, saying that India doesn’t need to disrupt it knowing the fact that Pakistan is sinking deeper into China’s debt trap.

He writes, “To project that the PM of India would be personally involved in monitoring CPEC’s disruption boggles the imagination. In fact, in India, most observers are convinced that CPEC is a white elephant, a millstone around Pakistan’s neck. So why would India want to disrupt it? In fact, rather than disrupt it, India would like to encourage Pakistan as it sinks deeper into China’s debt trap.”

Pakistan has also accused India of planning and upscaling terrorist activities in Pakistan. Tilak Devasher sees it as an alibi and not an accusation. He says that it is an alibi that Pakistan is trying to create for its people.

“The Pak Establishment is creating for its possible actions against the growing strength of the Opposition united under the Pakistan Democratic Movement (PDM). Imran Khan’s government is clearly rattled by the success of the PDM rallies held so far. The army, too, is uncomfortable since the PDM has also targeted its interference in politics,” he writes.

Pakistan also alleged that India is fanning nationalism in Gilgit Baltistan to trying to subvert the perceived changes in the status of GB and planning to undertake various subversive operations.

The allegations on GB, Devasher writes, were first of all a public recognition of ‘nationalism and sub-nationalism’ and discontent prevalent in the region, something that Pakistan has tried hard to keep a lid on so far. He also raises concerns that Pakistan is trying to make GB its fifth province which could lead to unrest in the region and the POK.

Pakistan also alleged that India had set-up multi-purpose camps for training, harbouring and launching of terrorists in Pakistan. There were 87 such camps, 66 in Afghanistan and 21 in India.

Calling the allegation ‘absurd,’ saying that if 66 camps were operational it could not have missed the eyes of international watch agencies. “With the presence of US/NATO forces, the Taliban, ISIS and the Afghan forces, how could India set up no less than 66 ‘multi-purpose training camps’ in Afghanistan,” he said.

Pakistan has accused India of fuelling terror in the country but all these allegations do not hold any water when it comes to facts. Such allegations are fishing expeditions where India becomes the convenient fall guy when investigations come up with a blank, Devasher writes.

“Clearly, there is a wide chasm between what a concrete proof is and what Pakistan considers ‘irrefutable evidence’. Despite its ham-handed efforts, Pakistan will continue to strive to establish equivalence between India and Pakistan on the issue of terrorism,” he points out.

He says that Pakistan has chosen the timing because of three forthcoming events which are a new administration in the US in January 2021, India’s mutual evaluation by the FATF in 2021 and India becoming a non-permanent member of the UN Security Council (UNSC) in January 2021. But Pakistan should first get its own house in order, he says.

In his paper, Devasher notes that "though the allegations hardly stand the test of scrutiny, are badly drafted with glaring gaffes and factually incorrect," Pakistan will persist with such a narrative.

"What is dangerous is that having articulated potential internal violence in the next few months, it will try and pin the blame on India saying it had already warned the world about it," he warns.

This is similar to the red herring of ‘false flag operations’ repeated ad nauseam by Imran Khan and Shah Mahmood Qureshi as anticipatory bail for Pakistan’s terrorist activities in India, the paper argues, adding that the alertness of India's security and intelligence apparatus had repeatedly foiled such attempts. The recent encounter in Nagrota, Jammu and Kashmir, in which four Pak Jaish-e-Mohammad terrorists were neutralised and a huge cache of arms and ammunition seized, has been cited as the latest example.

While material seized from the eliminated terrorists reveals ‘irrefutable evidence’ of Pakistan’s continued sponsorship of terror in India, it was clear that a major operation was being planned to disrupt the local elections in J&K and also timed with the anniversary of Mumbai 26/11, says Devasher in the paper.

Read the full paper at the Vivekananda International Foundation