12 years since 26/11 Mumbai Terror Attacks, Pakistan yet to act on evidence 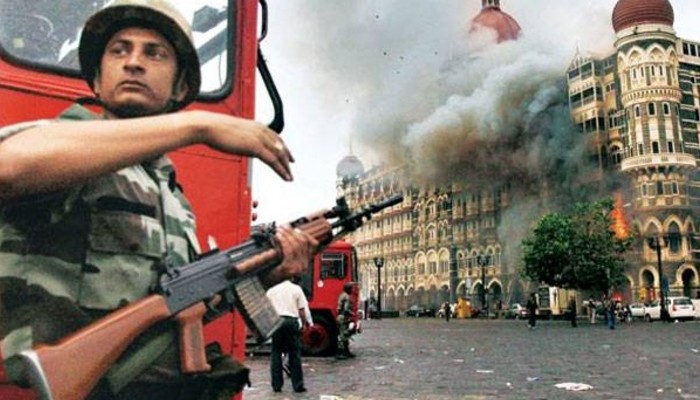 The steps taken by Pakistan have been an eye-wash, merely pretending to be bringing the culprits to justice

It’s been 12 years since the 26/11 Mumbai Terror Attacks, the deadliest attack on Indian soil. At least 166 civilians were killed while scores were injured in the attacks which lasted for four days. But the perpetrators of the attacks, planned and executed by Pakistan-based terror groups, are yet to be brought to justice.

Time and again, India has presented compelling evidence to Pakistan, accusing it of being involved in the attacks. But let alone bringing the accused to justice, Pakistan has always denied its involvement. This, despite it being proved that the 10 who carried out the attacks were Pakistani citizens.

In fact, the only surviving attacker, Ajmal Kasab confessed that the conspiracy was created in Pakistan by terror group Lashkar-e-Taiba (LeT). The operatives included Zakiur Rahman Lakhvi, he said.

Soon after the attacks, the Indian side handed over several dossiers to Pakistan proving its involvement in the attacks and asking it to launch cases against the perpetrators. The National Investigation Agency (NIA) in its probe named nine persons involved and filed charge sheets against them.

The dossiers were believed to have contained important evidence, including statements of witnesses and FBI officials. The information related to SIM cards used by the attackers as well as the GPS coordinates enough to point fingers at Pakistan. The dossiers included DNA reports of the attackers, several reports said.

Apart from that, the evidence also included findings and statements of FBI officials. The FBI officials, in fact, stated that the phones used by the attackers were used to communicate with their Pakistan-based handlers.

The United States had arrested David Headley and Tahawwur Rana. Cases were also filed against Sajid Mir and Abdul Rehman Pasha. But Pakistan failed to file any cases against them.

On the other hand, Pakistan had asked to handover Kasab to them saying this was needed to facilitate trials against Lakhvi and others. They were facing trials on having involvement in the strikes in a Rawalpindi anti-terrorism court.

But Pakistan continues to deny its involvement in the 26/11 Attacks and that too despite a confession by Headley jailed in the US. Last month, David Coleman Headley revealed that Pakistani spy agency Inter-Services intelligence (ISI) has its connections with the terrorist outfit LeT.

Headley confessed that the LeT operated under ISI and carried out the brutal act in Mumbai in 2008. Headley is a convict in the Mumbai attack case and he has been sentenced to 35 years in prison by a US court.

The Pakistani-American terrorist pleaded guilty to 12 charges against him in 2010. The charges included planning and plotting of the 26/11 attack as well as conspiring against a Danish newspaper.

Not just that, Pakistan has used many eye-wash tactics pretending to be bringing the culprits to justice to impress the international community as it continues to be on the grey list of the Paris-based watchdog, the Financial Action Task Force (FATF).

Earlier this month, Pakistan released the summary of the ‘most wanted/ high profile terrorists’ list of the Federal Investigation Agency (FIA). Pakistan added the names of 19 terrorists involved in the 26/11 Terror Attacks of Mumbai which took place in 2008.

However, it missed the names of masterminds of the attack including Hafiz Saeed and Masood Azhar. The name of Zakiur Rahman Lakhvi was also missing from the list which raised questions on Pakistan’s will to bring the culprits of Mumbai to justice.

Similarly, this month itself, Hafiz Saeed was sentenced to 10 years in prison by a Pakistani court with two separate five-year terms under provisions of the Anti-Terrorism Act for providing and using funds to execute acts of terrorism. Another six months term was also awarded to him for being a member of a banned group by the court in Lahore.

When the judgement came, Saeed was already serving a jail term awarded to him in February this year. He was however seen riding in an SUV being escorted by his aides raising serious concerns on the treatment of a UN designated terrorist in Pakistan.

Many saw it as an action taken under pressure of FATF. Pakistan is still in the grey list of the FATF which on many occasions has asked Pakistan to crackdown on terror groups and financing. It has ordered Pakistan to prosecute people involved in terror activities.

In fact, earlier this year, the watch body retained Pakistan on its grey list till February next year citing Pakistan’s failure to take action against Hafiz Saeed and Masood Azhar, India’s most wanted.

Being on FATF’s grey list makes it difficult for a country to raise funds and receive financial aid from international money lending bodies like International Monetary Fund (IMF), World bank and Asian Development Bank (ADB) apart from other UN agencies.

Apart from that, it has not done anything about Masood Azhar who is now a UN designated terrorist and many others like him. It is still busy hiding the skeletons in the closet but now the world is watching.