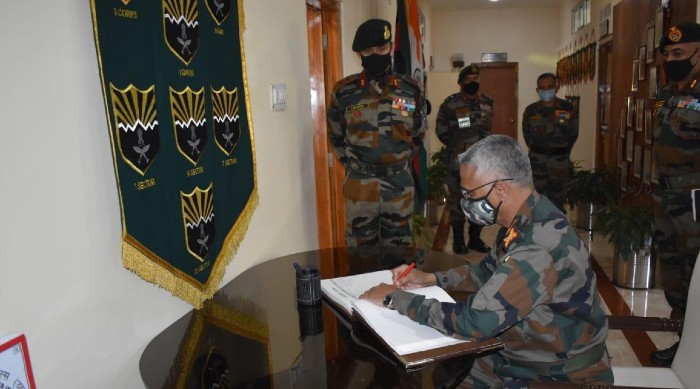 India doesn’t want to lower its guard in the border areas, given that China continues to build up infrastructure along the Line of Actual Control

India’s effort to beef up security in the border areas in view of continued standoff between Indian and Chinese soldiers on the LAC, received a boost when Chief of Army Staff Gen Manoj Mukund Naravane undertook a three-day (November 23-25) visit to the country’s Northeast region.

On November 24, the COAS arrived at Dimapur in Nagaland and met General Officer Commanding in Chief, Eastern Command, GoC Spear Corps and reviewed the operational preparedness along the Northern borders as well as operations in hinterland of Assam, Nagaland, Manipur and Arunachal Pradesh. During the visit, the COAS was also briefed on the progress of the ongoing Naga peace talks.

As per the Ministry of Defence, the Army Chief during his visit to Nagaland, made a landing at Assam Rifles Headquarters in Nagaland and Manipur to make a firsthand assessment of the ground situation.

“The COAS interacted extensively with the troops deployed in the remote areas and appreciated their state of operational preparedness, morale and conduct of people friendly operations,” the Ministry said.

Later in the evening, General Naravane called on Governor of Nagaland, RN Ravi and Chief Minister, Neiphiu Rio to discuss prevailing security situation in the state and assured the wholehearted support of the Army and Assam Rifles in maintaining peace and tranquility in the state and ensuring security along the Indo-Myanmar border.