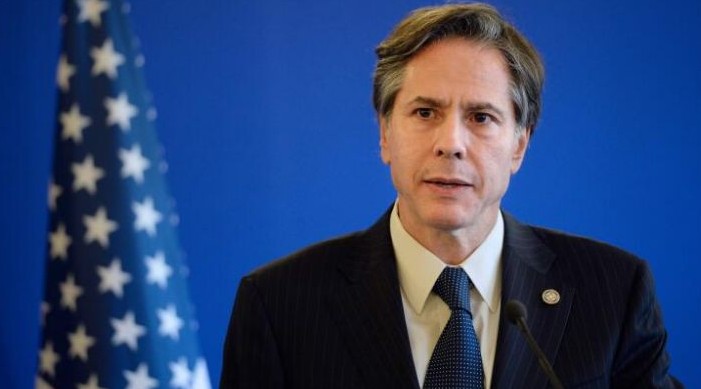 On several occasions, Blinken has maintained that the Democratic Party has always considered India as a priority for America

Ahead of his oath as the United States President in January next year, Joe Biden named Antony Blinken as the new US Secretary for State, a move that may bring some good news for India.

A wire agency report carried by sify.com suggests that for Blinken India has always been a priority even when he worked under former US President Barack Obama’s administration.

In fact, Blinken, who was the deputy secretary of state in Obama’s administration participated enthusiastically in Biden’s election campaign. During the campaign he had said that from “Biden’s perspective, strengthening and deepening the relationship with India is going to be a very high priority.”

“It’s usually important to the future of the Indo-Pacific and the kind of order that we all want; it’s fair, stable, and hopefully increasingly democratic and it’s vital to being able to tackle some of these big global challenges,” he had said on July 9 this year during the campaign, several media reports had quoted.

On several occasions, Blinken has been caught mentioning the Indo-US relationship during the times of Obama saying that the Democratic Party has always considered India as a priority for America. It was also a reason why India became a ‘major defence partner’ of America, he said.

He had also said, “There was this defence technology and trade initiative. The idea there was to kind of strengthen India’s defence industrial base and that then paved the way for American and Indian companies to work together to produce important technology. We made India a so-called major defence partner,” some reports said.

The Vice President Elect Kamala Harris called him ‘crisis-tested’ and among the ‘best of America.’

Antony Blinken met with the External Affairs Minister S Jaishankar when he was the foreign secretary. Blinken met him as the deputy secretary of state.

Speaking at the Hudson Institute, he said, “Fair, stable, and hopefully increasingly democratic and it's vital to being able to tackle some of these big global challenges.”

He said, “It's usually important to the future of the Indo-Pacific and the kind of order that we all want,” reiterating President Donald Trump's emphasis on the region as a counterbalance to China.

Calling India, a ‘vitally important partner,’ he said, “You're always better engaging with a partner and a vitally important one like India, when you can speak frankly and directly about areas where you have differences even as you're working to build greater cooperation and strengthen the relationship going forward.”

Apart from Blinken, Biden also announced Jake Sullivan, a close advisor to Biden for the post of National Security Advisor. Sullivan served as the NSA of America to Biden when he was Vice President.

With this, Avril Haines, who was designated for the director of national intelligence, will become the first woman to head the intelligence community, the report said.

She is a former deputy director of the Central Intelligence Agency and deputy national security advisor and had worked with Biden when he chaired the Senate Foreign Relations Committee.

Before he takes office next year, Biden has announced several other names for many key positions saying that they ‘have no time to lose.’

“We have no time to lose when it comes to our national security and foreign policy. I need a team ready on Day One to help me reclaim America's seat at the head of the table, rally the world to meet the biggest challenges we face, and advance our security, prosperity, and values,” he said.

Similarly, the former Secretary of State John Kerry has been chosen as the special presidential envoy for climate and as a member of the National Security Council. Alejandro Mayorkas has been appointed as the Secretary of Homeland Security, the report said.

For permanent representative to the United Nations, Biden has designated Linda Thomas-Greenfield, who will get a cabinet rank. She is a former assistant secretary of state in charge of Africa, the report said.