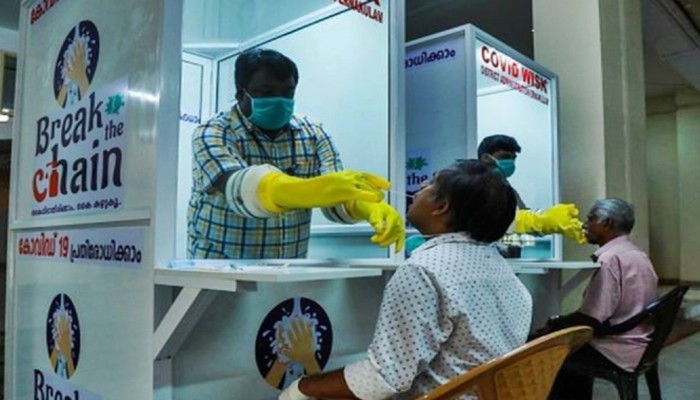 Delhi, however, continued to see a high number of cases, a trend that is being attributed to the onset of winter

India kept its active caseload below 5 lakhs despite new cases of COVID-19 infections as the recovery rate continued to remain high in the past 24 hours. The country has been registering less than 50,000 cases for the last 16 days, since November 8.

The latest data released by the ministry of Health and Family Welfare suggests that India’s active caseload was at 4,43,486 which is 4.85 per cent of the total positive cases in the country.

With this, the recovery rate continued to be as high as 93.68 per cent. The gap between Recovered cases and Active cases is steadily increasing and currently stands at 81,19,155.

On the other hand, over 44,059 new cases of infection and 511 fresh deaths were reported in the past 24 hours with Delhi continuing to be the highest contributor which the Health Ministry saw as a consequence of the arrival of winter.

“India has been registering less than 50,000 cases for the last 16 days, since 8th November. This assumes significance as several countries of the Western Hemisphere are witnessing a huge surge of new cases at the onset of winter,” it said in a statement.

Delhi reported a total of 6746 new cases and 121 deaths, highest across the country, in the past 24 hours. It was followed by 5,753 new cases and 50 deaths of Maharashtra.