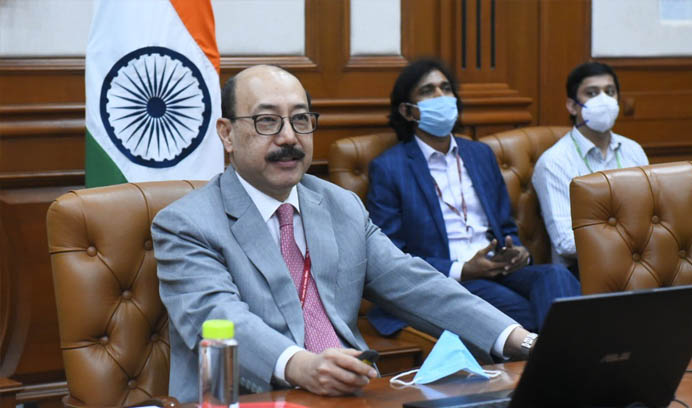 India is one of the largest users of Permanent Court of Arbitration (PCA) services, Foreign Secretary Harsh Vardhan Shringla said

Speaking at the Third Permanent Court or Arbitration (PCA) – India Conference on Saturday, he said India is committed to supporting the dispute resolution sector and encouraging the development of the sub-continent as an important global hub for international arbitration.

“We have proactively reviewed and modernised our arbitration legislation reflecting international best practises to make sure that our laws stay up-to-date, and support the needs of users of arbitration. This is part of the process of making our systems more compatible with international best practices, in tune with the needs of a globalising Indian economy,” he said at the conference.

“With its adherence to rule of law, its jurisprudential traditions and its legal talent pool, India is well poised to serve the growing demand for legal services in this part of the world,” he said.

He said that India has a deep resource of skilled and talented legal practitioners and other facilities that are conducive for the development of the nation as a safe global hub for arbitration.

In an oblique reference to China’s non-compliance of the PCA, he said India supports the upholding of international law as a central part of its diplomacy.

“It is no surprise that India supports the PCA and its mandate to resolve international disputes. The upholding of international law is central to our diplomacy and in fact our world view,” he said.

In fact, India is one of the largest users of the PCA’s services, he said.

“India has sought to resolve certain disputes with its neighbours through arbitration, conciliation and expert determination, has resolved international disputes with States, and has availed of the services of the PCA in this regard,” he said.

Kishenganga Arbitration with Pakistan under the Indus Water Treaty, the Maritime Boundary delimitation with Bangladesh and the Italian Marines Case are some of the instances where India has used the services of the Permanent Court or Arbitration.

He reiterated India’s will to further develop its relationship with the PCA saying that an enhanced relationship between India and the PCA will further enable India to be better placed in hosting arbitration proceedings held under the auspices of the PCA.

“I am confident that this collaboration between India and PCA will be extremely successful, and I look forward to a productive and fruitful relationship,” he said.