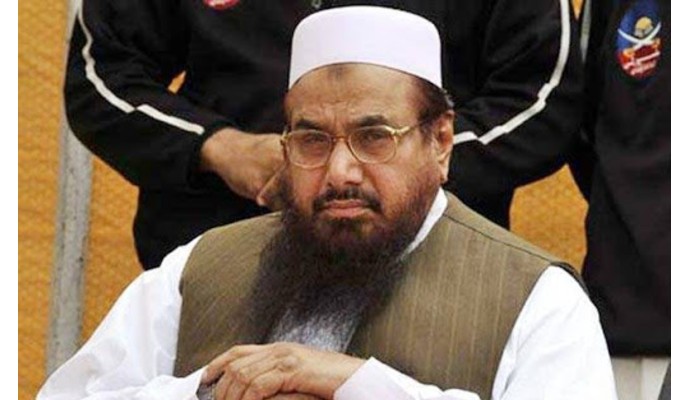 As per several media reports, Pakistan’s Counter-Terrorism Department officials are treating him as a VIP with his vehicle, an SUV, being escorted by his aides.

In fact, in a video, doing rounds on social media, Hafiz Saeed can be seen riding in an SUV being escorted by his aides. Interestingly, this is when Saeed is already serving a jail term awarded to him in February raising serious concerns on the treatment of a UN designated terrorist in Pakistan.

Hafiz Saeed, who India accused of being a mastermind in the Mumbai Attacks which took place in 2008, was on November 19 awarded a total of 10 years in prison for two cases related to terror funding.

He was given two separate five-year terms under provisions of the Anti-Terrorism Act for providing and using funds to execute acts of terrorism. Another six months term was also awarded to him for being a member of a banned group by the court in Lahore.

The court ordered him to pay fines worth PKR 1,10,000 while ordering concerned authorities to seize all his movable and immovable property. The court order said, “Since the convict has already been convicted by this court vide judgment dated 12.02.2020, so the punishment awarded to him in this case shall also run concurrently with punishment in said cases.”

Amid this, many see this sentence as an action taken under pressure of FATF. Pakistan is still in the grey list of the FATF, an international watch body which on many occasions has asked Pakistan to crackdown on terror groups and financing. It has ordered Pakistan to prosecute people involved in terror activities.

In fact, earlier this year, the Paris-based watch body retained Pakistan on its grey list till February next year citing Pakistan’s failure to take action against Hafiz Saeed and Masood Azhar, India’s most wanted.

Being on FATF’s grey list makes it difficult for a country to raise funds and receive financial aid from international money lending bodies like International Monetary Fund (IMF), World bank and Asian Development Bank (ADB) apart from other UN agencies.

Hafiz Saeed was sentenced to a jail term in February this year in a terror funding case. He was arrested in July last year on charges of funding terror activities. Around 41 cases were registered against him out of which 24 have already been decided.