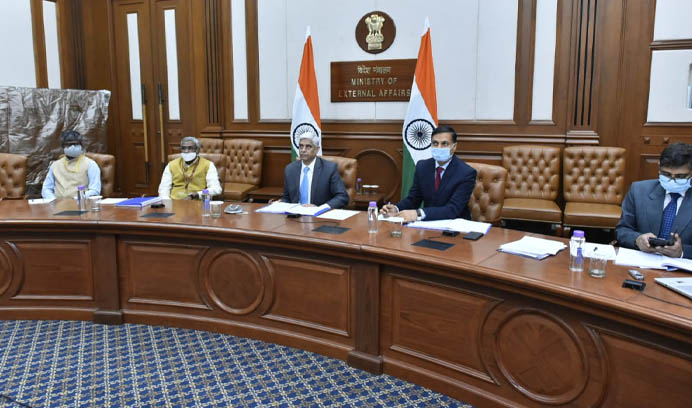 India and Uzbekistan on Friday held the 14th round of Foreign Office Consultations in a virtual format and reviewed cooperation in diverse areas including political, economic, defence, development partnership, capacity building, consular matters and cultural cooperation.

During the consultations, the two sides also exchanged views on regional and international issues of mutual interest and agreed to enhance cooperation in the UN and multilateral arena. Both sides also discussed challenges posed by the COVID-19 pandemic and shared views on ways to mitigate its impact.

As per the Ministry of External Affairs, special emphasis was laid on timely implementation of projects in Uzbekistan being covered under the Indian Line of Credit.

Both sides, during the consultations, looked forward to the forthcoming session of the Inter-Governmental Commission on Trade, Economic, Scientific and Technological Cooperation between India and Uzbekistan on December 3 in DVC format.

They agreed to hold the next round of Foreign Office Consultations at a mutually convenient date.

The Indian side was led by Vikas Swarup, Secretary (West), while the Uzbek side was represented by Farhod Arziev, First Deputy Minister of Foreign Affairs of the Republic of Uzbekistan.