Time for tech-solutions designed in India, deployed for the world: PM Modi 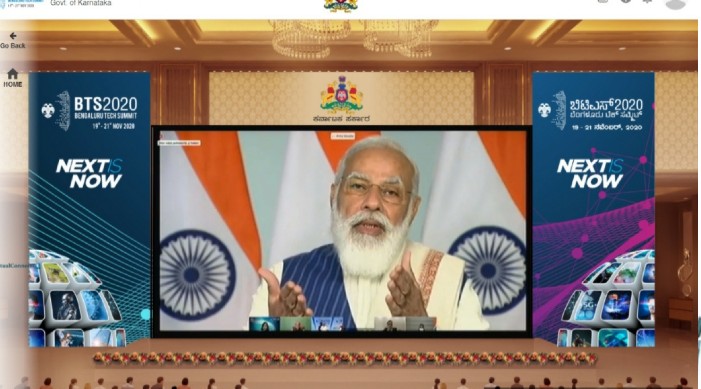 Prime Minister Narendra Modi on Thursday said it is time for tech solutions that are designed in India but deployed for the world, and the country is uniquely positioned to leap ahead in the information era.

Speaking at the Bengaluru Tech Summit 2020 (BTS2020) virtually, PM Modi said, “India as a country is uniquely positioned to leap ahead in the information era. We have the best minds as well as the biggest market. Our local tech solutions have the potential to go global”.

“India is at a sweet spot. It is time for tech-solutions that are Designed in India but Deployed for the World,” the Prime Minister added.

Based on the theme, ‘Next is Now,’ this year’s summit focuses on deliberating discussions on key challenges emerging in the post-pandemic world with focus on the impact of prominent technologies and innovations in the domains of ‘Information Technology & Electronics’ and ‘Biotechnology.’

Noting that Digital India has become a way of life particularly for the poor, marginalized, and for those in government, the Prime Minister said, "Thanks to Digital India our nation has witnessed a more human-centric approach to development. Using technology on such a large scale had brought about several life changes for our citizens.”

He noted the success of the UPI transactions and said that last month recorded more than 2 billion transactions. He mentioned the newly launched scheme SVAMITVA and said that it will empower rural people with the help of technology.

The Prime Minister stated that the government’s policy decisions are aimed at liberalizing the tech and innovations industry. He noted that recently the center has eased the compliance burden on the IT industry in various ways, besides, it has tried to engage with stakeholders in the tech industry and chart out the future policy framework for India.

He further noted that with the evolution of technology, millions of farmers receive monetary support in one click.
“At the peak of the Covid-19 lockdown, it was technology that ensured that India's poor received proper and quick assistance. The scale of this relief has few parallels,” the Prime Minister said.

Further, the PM said that technology has played a big role in operating the Ayushman Bharat scheme.

“This scheme (Ayushman Bharat) has specially helped the poor of India. Now, they no longer have to worry about access to top quality and affordable healthcare in any part of India,” he added.

Talking in terms of the current situation of Covid-19, the Prime Minister said, “it is also technology which gives us the confidence that we will be able to vaccinate our large population in a short period of time.”

The Prime Minister said that the Covid-19 pandemic was a bend in the path, not the end.

“The amount of tech adoption that would not have happened in a decade, happened in just a few months. Work from anywhere has become the norm and is going to stay. We will see a high amount of tech adoption in the fields of education, health, shopping, and more,” he said.
The Prime Minister noted that technology has helped Indian startups and young minds to think out of the box solutions.

“Over the last few years, a great culture of hackathons has developed in India. I have attended some of them too. Our young minds come together and think of ways to solve key challenges our country and planet face. Similar hackathons have been held in collaboration with Singapore and ASEAN nations. The Government of India is providing support to our vibrant start-up community, whose skill and success are now world-famous,” he said.

Further, the PM noted that technology is also setting the pace for the defense sector to evolve.

“Earlier wars were determined by who had better horses and elephants. Then came the era of fire-power. Now, technology is playing a very important role in global conflicts. From software to drones to UAVs, technology is redefining the defense sector,” the Prime Minister said.

The three-day event is being organised jointly by the Government of Karnataka along with Karnataka Innovation and Technology Society (KITS), Karnataka government’s Vision Group on Information Technology, Biotechnology & StartUp, Software Technology Parks of India (STPI) and MM Activ Sci-Tech Communications. 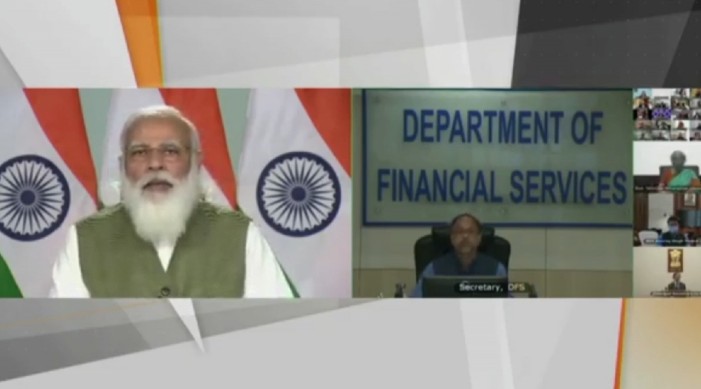