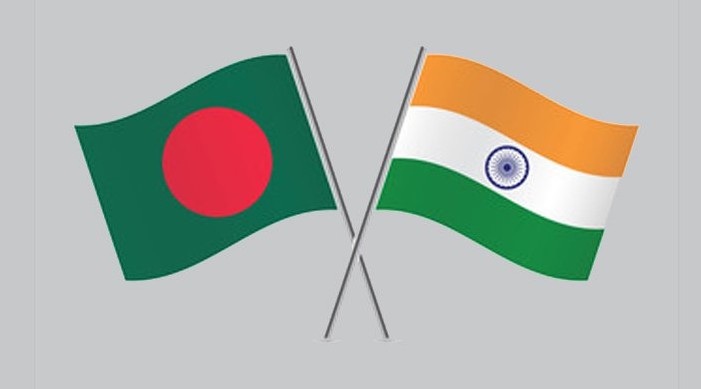 Through progressive policies and procedural reforms, India has catapulted the defence industry to serve not only Indian but also global requirements

Defence cooperation and partnership between India and Bangladesh have made significant gains in the last few years, Raj Kumar, Secretary, Defence Production, the Ministry of Defence said on Thursday.

Addressing a virtual session ‘India and Bangladesh-Make for the World,’ organized by FICCI, jointly with the High Commission of India, Bangladesh and Ministry of Defence, Raj Kumar added that the close proximity of Indian shipyards to Bangladesh is an additional advantage for both the nations.

“This may result in a long-term strategic partnership in production, development and maintenance. It will be a win-win situation for both the nations to achieve their common objectives. The strategic partnership between India-Bangladesh can become a pillar of regional strength and economic cooperation,” he noted.

The Defence Production Secretary said that India has a robust ship building industry with an ecosystem of world class public and private ship building companies.

“The ships constructed by Indian shipyards are of global standards and are extremely cost effective. Our shipyards are also willing to partner with Bangladeshi shipyards for construction of platforms as per Bangladesh requirements through JVs, co-development and collaboration for both commercial and defence requirements,” he added.

Highlighting opportunities in the defence sector, the Defence Ministry official stated that Bangladesh armed forces are looking for suppliers for their ambitious military modernization drive called Forces Goal 2030. Indian defence industry has been galvanized through progressive policies and procedural reforms, which has catapulted the industry to serve not only the Indian but global requirements as well, he added.

“India has a vast defence industrial base of 41 Indian ordnance factories, 9 defence PSUs, along with a vibrant private sector and over 12,000 MSMEs. Indian defence industries can offer various proven hi-tech platforms, systems, sub-systems in air, land, sea, and space applications. India can offer MRO facilities to Bangladesh and with its proven expertise in software, India can offer technological solutions in the digital field as well,” the Defence official maintained.

India, he said, has also extended a defence line of credit of US$ 500 million to Bangladesh that is already operational. We are keen to work with Bangladesh for platforms like Akash, radars, mortars, artillery guns, ammunitions etc., emphasized the official.

Participating in the event, Khalid Mahmud Chowdhury, Minister of Shipping, Govt of Bangladesh said that Bangladesh is the third largest economy in South Asia with a rich history in ship building. “Today, ship building is a growing industry in Bangladesh and has great potential. Since independence, Bangladesh has created a large fleet of 20,000 inland and coastal commercial vessels,” he said.

On the other hand , Vikram K Doraiswami, High Commissioner of India, Dhaka said that there is a natural synergy between India and Bangladesh in working together to develop and leverage each other's capacities as a matter of jointly harnessing capabilities for each other.

“There is an ocean of untapped potential in the maritime domain from resources to science, from shipbuilding to infrastructure. The centrality of the Indo-Pacific idea and security along with growth for all the regions underpins the notion of ensuring that the maritime domain remains free, open & accessible to all for trade and commerce,” he added.

Sanjay Jaju, Additional Secretary (DP), Ministry of Defence, Govt of India said that the Indian defence sector has a lot of potential and further invited Bangladeshi companies to invest in this sector. “We have opened up two defence industrial corridors in UP and Tamil Nadu and both corridors will leverage existing ordnance factories and private manufactures in the region. We invite investments from Bangladesh in these corridors and explore opportunities where we can co-produce and co-develop equipment for mutual use.”

He further said that the government is also giving impetus to Atmanirbharta, which does not mean going into protectionism. “The idea is to create self-reliance, not just in defence production but also creating linkages with global supply chains,” he added.

He stated that the government has decided to put embargo on 101 items, which will be manufactured domestically, and some of these items are going to be important for the industry and the governments on both sides.